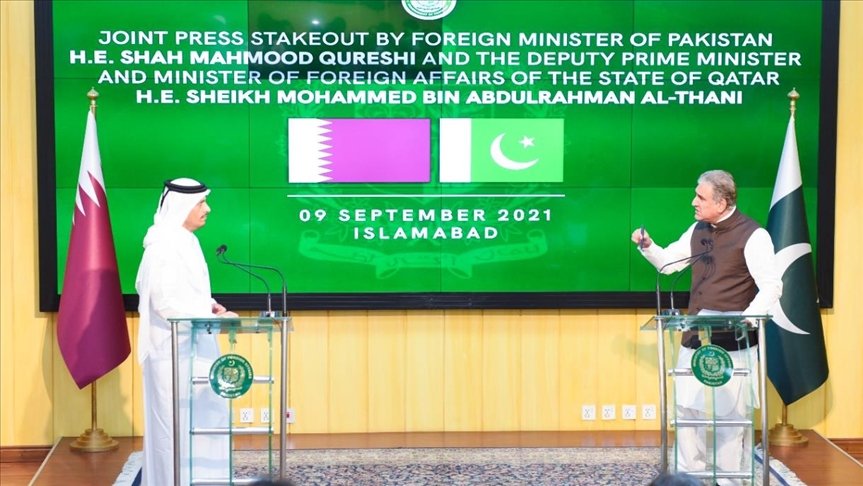 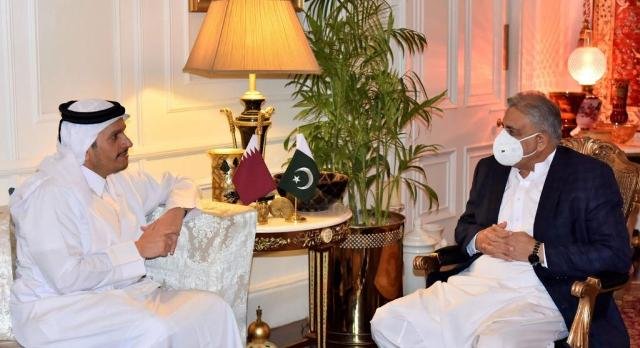 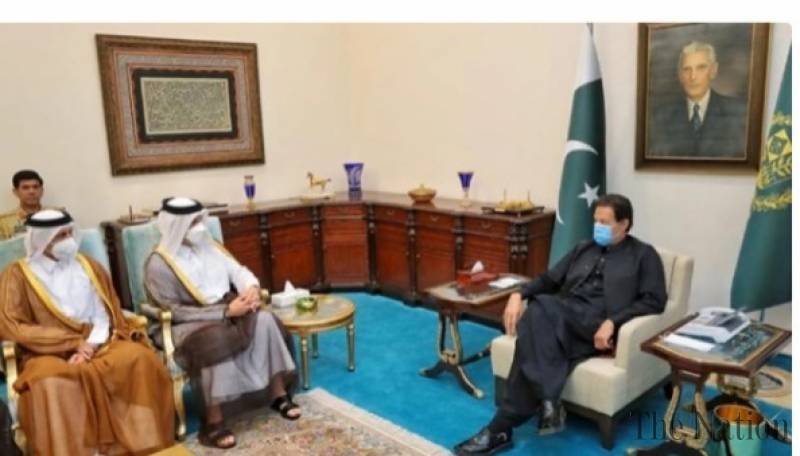 Pakistan and Qatar on Thursday urged the US to unfreeze Afghanistan’s assets to save the country from total economic collapse.

Speaking at a joint news conference in Islamabad, Pakistan’s Foreign Minister Shah Mahmood Qureshi and his Qatari counterpart Sheikh Mohammed bin Abdulrahman Al-Thani said protecting the interests of the Afghan people must be a top priority.

“What we are saying is okay, if you’re not ready for immediate economic aid or development, fine [but] do not take steps that would lead to an economic collapse of Afghanistan as that will not help anyone,” Qureshi said, referring to Western powers but not naming any country.

“The first thing that you ought to do is, at least, release what is theirs. Defreeze the Afghan assets and let Afghan people utilize their money for their benefit.” The US government froze nearly $9.5 billion in assets of Afghanistan’s central bank on Aug. 17, two days after the Taliban seized control of Kabul.

The World Bank and the International Monetary Fund have also halted aid payments to Afghanistan.

Qureshi stressed that there should be “no political conditions” attached to humanitarian aid.

The Qatari foreign minister said the world wants to see “a united, stable and a prosperous Afghanistan,” adding that everyone must be supportive “despite what’s happening in the political landscape.”

“Humanitarian assistance should be independent from any political progress,” he said. He also thanked the Taliban for allowing people to leave Kabul on Thursday, as a Qatar Airways flight departed the Afghan capital for the US with some 150 Afghan dual nationals.

“We thank them [Taliban] for their cooperation and this is actually what we are expecting from the Taliban; to see their positive statements demonstrated in actions,” Al-Thani said.

He urged the Taliban to be “more inclusive and bring all Afghans under one umbrella.”

In the meeting, Khan called on the international community to stand in solidarity with the Afghan people, engage positively, and create incentives to ensure sustainable peace, stability, and economic development in Afghanistan, according to an official statement.

COAS reiterated shared resolve of extending humanitarian assistance for Afghans. COAS said that Pakistan remains committed to working with its international partners for peace in the region and ensuring a stable and prosperous future for people of Afghanistan. The visiting dignitary appreciated Pakistan’s role in successful evacuation operations from Afghanistan, efforts for regional stability and pledged to play their role for further improvement in diplomatic cooperation with Pakistan at all levels.