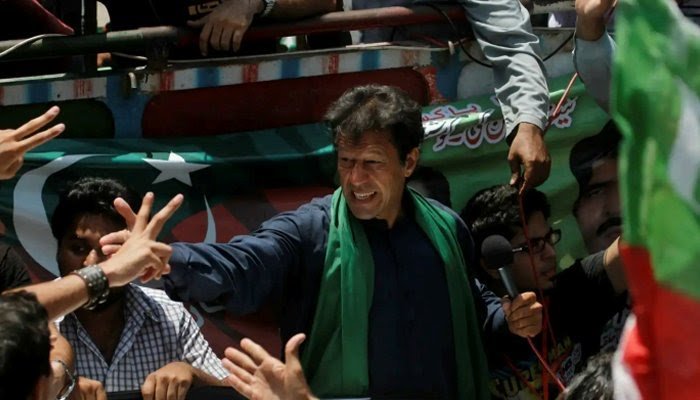 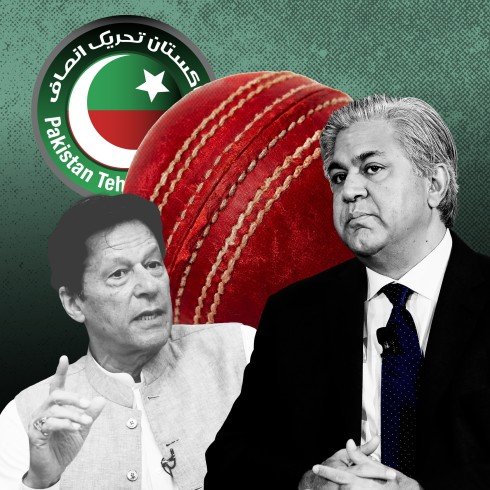 As the country awaits the verdict reserved by the Election Commission of Pakistan (ECP) into the PTI’s prohibited funding, an expose by the Financial Times has blown the lid off Pakistani tycoon Arif Naqvi’s involvement in the party’s finances and how a significant portion of its funding in 2013 was of foreign origin.

According to the report, “Naqvi transferred three instalments directly to the PTI in 2013 adding up to a total of $2.12m”.

At the centre of the saga is Wootton Cricket Ltd, a Cayman Islands-incorporated company owned by Naqvi, and the money from charity fundraisers, such as the “Wootton T20 Cup”, to bankroll PTI.

Naqvi, the founder of the Dubai-based Abraaj Group, one of the largest private equity firms operating in emerging markets back when the PTI was campaigning for the 2013 elections, hosted the cricket tournament at his country estate in the Oxfordshire village of Wootton from 2010 to 2012, FT said.

The guests were asked to pay between £2,000 and £2,500 each to attend, according to the UK publication. Quoting, Naqvi, it added that that the money went to unspecified “philanthropic causes”.

“Funds poured into Wootton Cricket from companies and individuals, including at least £2m from a United Arab Emirates government minister who is also a member of the Abu Dhabi royal family,” read the FT report.

Political parties in Pakistan are not permitted to receive funding from foreign nationals and companies, but Wootton Cricket account details and emails seen by FT for the period between February 28 and May 30, 2013, reveal that both companies and foreign nationals, as well as Pakistanis, sent millions of dollars to Wootton Cricket after which funds were transferred to the PTI in Pakistan.

The ECP had been probing the party’s funding since 2014, when party founder Akbar S Babar alleged major irregularities in the party’s finances, including in funding from outside Pakistan.

ECP has now concluded the case after seven years of trial. The date the verdict will be announced is yet to be revealed.

In January, the ECP’s scrutiny committee issued a damning report in which it said the PTI received funding from foreign nationals and companies. The report said the PTI under-reported funds and hid dozens of bank accounts. Wootton Cricket was named in the report, but Naqvi had not been identified as its owner.

Also, while it was previously reported that Naqvi funded Khan’s party, the ultimate source of the money was never before disclosed.

“Wootton Cricket’s bank statement shows it received $1.3m on March 14 2013 from Abraaj Investment Management Ltd, the fund management unit of Naqvi’s private equity firm, boosting the account’s previous balance of $5,431. Later the same day, $1.3m was transferred from the account directly to a PTI bank account in Pakistan. Abraaj expensed the cost to a holding company through which it controlled K-Electric, the power provider to Karachi, Pakistan’s largest city,” the FT report said.

An additional $2m flowed into the Wootton Cricket account in April 2013 from a member of Abu Dhabi’s royal family, according to the bank statement and a copy of the Swift transfer details seen by FT.

The report said that Rafique Lakhani, the senior Abraaj executive responsible for managing cash flow, “wrote in an email to Naqvi that the transfers were intended for the PTI”.

Naqvi and his lawyer did not respond to FT’s requests for comment on the story.

What does Khan have to say about all this?

Imran Khan visited Wootton Place in 2012. To questions by FT, the former cricketer wrote back saying he had gone to “a fundraising event which was attended by many PTI supporters”.

The FT report described the time as “critical” for Khan to collect funds ahead of the 2013 general elections due in May.

According to the publication, Naqvi worked closely with other Pakistani businessmen to raise money for his campaign.

Lakhani, the Abraaj executive responsible for cash flow, told Naqvi in an email that the money from UAE had arrived, to which Naqvi replied by saying that he should send “1.2 million to PTI”.

After the sheikh’s money was put into the Wootton Cricket account Naqvi wrote in another email: “do not tell anyone where funds are coming from, ie who is contributing”.

According to the report, Lakhani “wrote that he would transfer $1.2m from Wootton Cricket to the PTI’s account in Pakistan”.

“Although the ownership of the Insaf Trust is unclear, the emails state that the final destination was the PTI,” read the report.

The FT report goes on to state that “on May 6 2013, Wootton Cricket transferred a total of $1.2m to Shafi and the Insaf Trust”.

According to FT, Khan confirmed that Shafi donated to the PTI. “It is for Tariq Shafi to answer as to from where he received this money,” Khan said.

Shafi did not respond to FT’s requests for comment.

Khan said that neither he nor his party was aware of Abraaj providing $1.3m through Wootton Cricket. He also said he was “not aware” of the PTI receiving any funds that originated from UAE.

“Arif Naqvi has given a statement which was filed before the Election Commission also, not denied by anyone, that the money came from donations during a cricket match and the money as collected by him was sent through his company Wootton Cricket,” Khan wrote.

Khan said he was waiting for the ECP’s verdict and that it will be inappropriate to “prejudge PTI”.

In its January report, the ECP said Wootton Cricket had transferred $2.12m to the PTI but at the time did not reveal the original source of the money.

Naqvi has acknowledged his ownership of Wootton Cricket and denied any wrongdoing. He told the ECP: “I have not collected any fund from any person of non-Pakistani origin, company [public or private] or any other prohibited source.”

But the Wootton Cricket bank statement shows otherwise. It shows that Naqvi transferred three instalments directly to the PTI in 2013 adding up to a total of $2.12m. The largest was the $1.3mn from Abraaj which company documents show was transferred to Wootton Cricket but charged to its holding company for K-Electric.