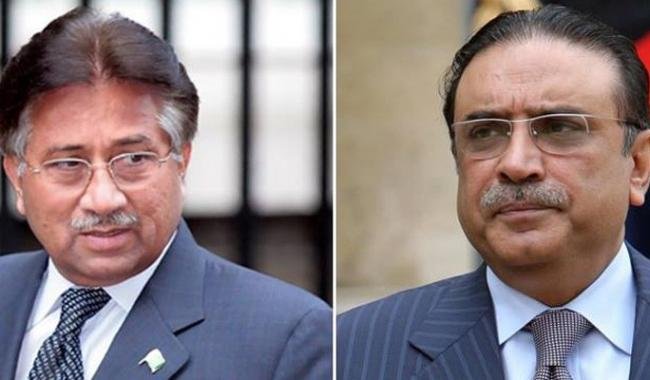 The orders were given by a three-member bench, headed by Chief Justice of Pakistan (CJP) Justice Saqib Nisar, while hearing a petition by Feroze Shah Gilani regarding the National Reconciliation Ordinance (NRO), Geo News reported.

The NRO, passed by Musharraf in 2007, granted amnesty to politicians and other individuals by quashing various corruption and criminal cases against them. The petitioner pleaded before the bench that the NRO caused a loss of billions of rupees and that those who made the law must return the amount incurred in losses due to it.

During the hearing, the chief justice inquired from the petitioner as to the purpose of the petition, observing that the Supreme Court has already declared the NRO null and void. However, the court issued notices to the respondents seeking their replies and adjourned the hearing for a month.