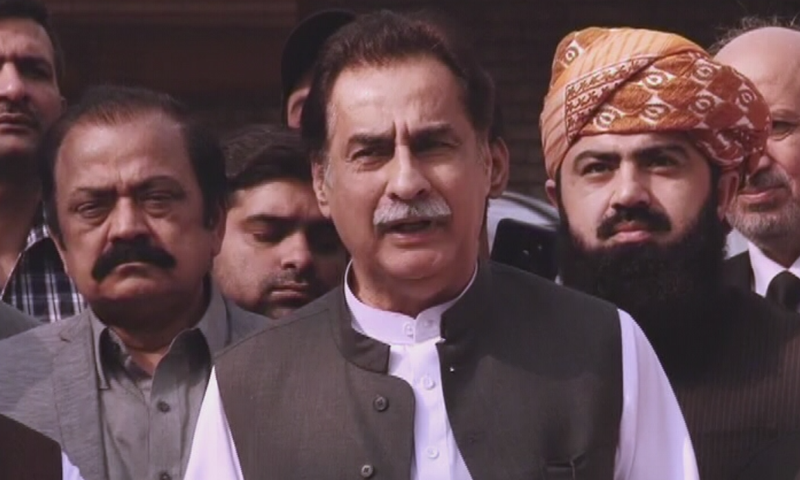 Member National Assembly (PML-N)  and former speaker of the National Assembly, Sardar Ayaz Sadiq, on Saturday said he stands by his stance expressed during a recent speech on the floor of the lower house, adding that he had “many secrets” but never made irresponsible statements.

Sadiq was referring to his speech earlier this week in which he suggested that the PTI government had released Indian pilot Wing Commander Abhinandan Varthaman in capitulation, fearing an imminent attack from India.

His statement was heavily criticized by ministers and by social media users and also prompted the Inter-Services Public Relations (ISPR) Chief Maj.  Gen. Babar Iftikhar to hold a presser in which he sought to “correct the record” regarding the events that surrounded India’s violation of Pakistani airspace last year in February.

Although Gen Ikftikhar did not name anyone, he said “a statement was given yesterday which tried to distort the history of issues associated with national security,” purportedly in reference to Sadiq’s remarks.

Talking to the media in Lahore alongside Maulana Fazlur Rehman, head of the Pakistan Democratic Movement (PDM) and chief of the Jamiat Ulema-i-Islam-Fazl (JUI-F), Sadiq said that the “political colour” given to his statement did not benefit Pakistan’s narrative.