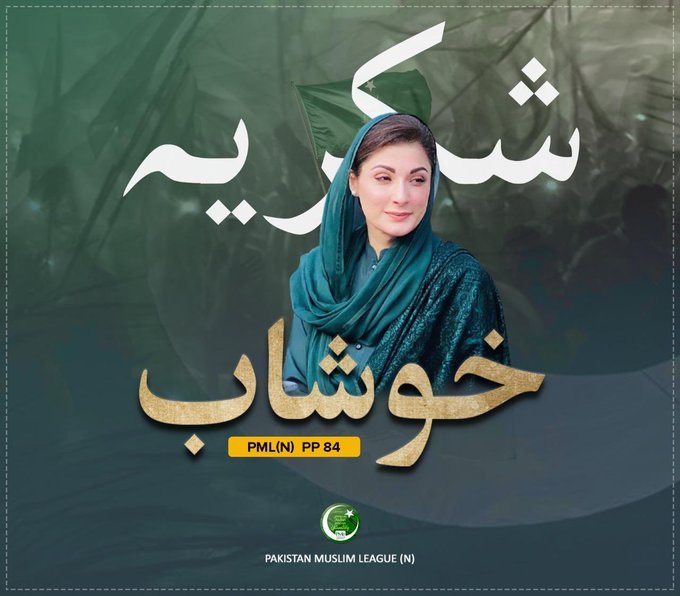 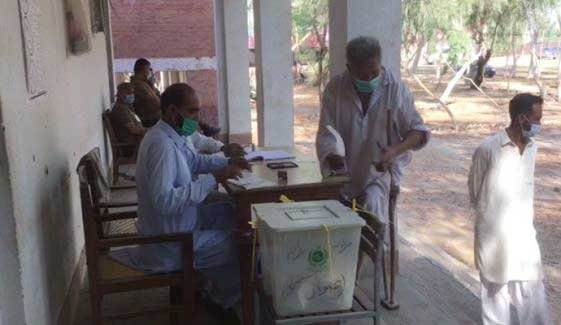 Pakistan Muslim League-Nawaz’s (PML-N)  has won the PP-84 Khushab by-election with a significant margin as he retained the seat that was vacated after the death of party lawmaker Malik Muhammad Waris Kallo in March.

According to an unofficial and unconfirmed count that concluded early Thursday morning, Moazzam Sher Kallu, PMLN candidate came out on top with 73,081 votes, while sitting Prime Minister’s Pakistan Tehreek-e-Insaf’s (PTI) got second place.

PML-N President Shehbaz Sharif congratulated the public and victorious candidate Moazzam Sher Kallu. “The people of Khushab have rejected the wheat and sugar thieves,” Sharif was quoted as saying by the PML-N’s official Twitter handle.

He said the victory was the public’s acknowledgement of the services rendered during the PML-N’s tenure. “By the grace of Allah Almighty, Nowshera, Daska, Wazirabad and now [the people of] Khushab have placed their seal of trust in the PML-N,” Sharif added.

He thanked God for the election victory, the workers, party supporters and the people. “This vote is a vote for the development of Pakistan and Punjab under the leadership of Nawaz Sharif,” the opposition leader said.

He also said given the opportunity, “we will serve Punjab and Pakistan with more passion” than ever before.

Islamabad, 10 Oct. 2021 Father of Nuclear and Missiles programs of ...
END_OF_DOCUMENT_TOKEN_TO_BE_REPLACED