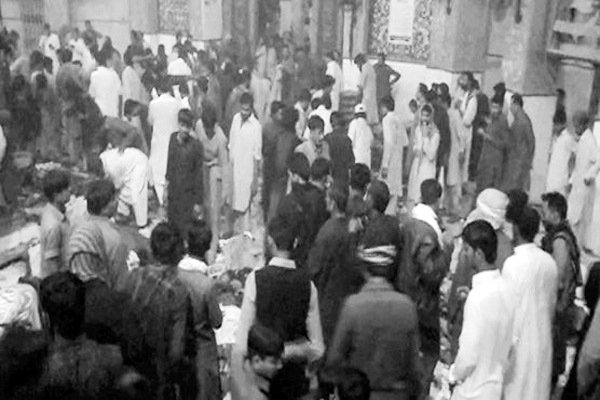 Over 40 devotees were martyred and several others injured when a bomb exploded at the shrine of Lal Shahbaz Qalandar in Sehwan Town, Province of Sindh in Pakistan on Thursday evening.

A suicide bomber exploded himself while the devotees were offering Fateha at the shrine of Lal Shahbaz Qalandar, police said.

A large number of Edhi Foundation ambulances reached Sehwan from Karachi, Hyderabad, Jamshoro, Dadu and Nawabshah to shift the injured to hospitals in Jamshoro and Nawabshah.

The Deputy Commissioner and Senior Superintendent of Police Jamshoro also reached Sehwan to monitor the rescue and relief work. While on the directives of Pakistan Chief of Army Staff, Army Medical teams along with ambulances also reached the site.

High alerts were declared at hospitals in Jamshoro, Dadu and Nawabshah including Combined Military Hospital, Hyderabad.

Police sealed the shrine for carrying out rescue operation smoothly.