OPINION – Are Iran and US on Brink of War? 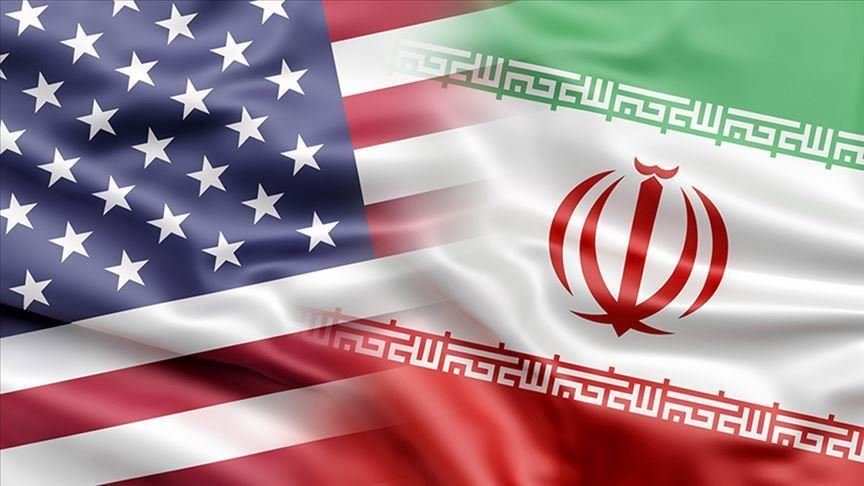 Let us revisit a key fact to better grasp the U.S.– Iran showdown. During his presidential campaign, Donald Trump stated very clearly that he considered the Joint Comprehensive Plan of Action (JCPOA), or the “nuclear deal” as widely known, to be “a horrible, one-sided deal that should have never, ever been made”. Thus, it comes as little surprise that the incumbent American administration has abrogated the agreement, and opted for re-imposing crippling sanctions on Iran’s already troublesome economy.

However, what makes the current situation very risky is not the sanctions, but a set of military escalatory patterns. At present, with a wrong move, any Iranian proxy could literally trigger a catastrophic conflict.

In July 2018, the U.S. president addressed his Iranian counterpart Hassan Rouhani, and tweeted “never, ever threaten the United States again or you will suffer consequences the likes of which few throughout history have ever suffered before. We are no longer a country that will stand for your demented words of violence & death. Be cautious!”.

In return, General Qasem Soleimani of the IRGC Quds Forces responded very harshly. In the city of Hamdan, Iran’s strong general said that Trump was talking like a bartender or a casino manager, and it was beneath the dignity of the president of Iran to answer in kind. Even worse, Soleimani openly threatened the U.S. He said that while Washington could start a war, it would be Tehran who would seal the fate of the conflict that would result in a total capability loss for the Americans. It is worthwhile to note that these words came from the most battle-hardened figure of the nation, someone who was called “the living martyr of the Islamic revolution” by Supreme Leader Grand Ayatollah Ali Hamanei.

This time, the tit-for-tat was not limited to a rhetorical exchange. In April 2019, the U.S. administration designated Iran’s Islamic Revolutionary Guards Corps (IRGC) as a foreign terrorist organization. Calling the American move, Tehran immediately shot back and designated the U.S. CENTCOM as a terrorist entity.

In the following month, the U.S. administration has opted for deploying (expediting the deployment of, to be more precise) the USS Abraham Lincoln carrier strike group along with some other military assets to the Gulf. The U.S. administration claimed that it did so upon receiving reliable intelligence suggesting Iranian or Iran-sponsored attacks on American forces in the region. As the USS Abraham Lincoln aircraft carrier and her strike group set sail, Secretary of State Mike Pompeo paid a visit to Iraq. There, Pompeo expressed his deep concerns about Iran’s burgeoning strategic posture and interventionism in its neighborhood. At the time of writing, the Pentagon was preparing to send some 1,500 personnel to the Middle East, and the Trump administration has declared $8.1 billion-worth emergency arms sales to Saudi Arabia and the United Arab Emirates. Last but not least, Washington has also intensified sanctions on Iran, and recently targeted Tehran’s industrial metal exports.

Iran, like Russia to some extent, has been pursuing a complex strategy that aims to secure defensive ends through offensive means. The underlying rationale for such a sophisticated approach lays at the Iranian elite’s geopolitical worldview, a highly sensitive one to foreign interference. To meet its grand strategic ambitions, Tehran has to take the competition away from its national territory and be prepared to act nasty. Iran has to show that, if cornered, it would set the entire Middle East to fire. This is where the IRGC, and in particular its Quds Forces branch, step in.

Tehran’s regional strategic activism is centered on the Quds Forces ability to organize allied militia groups beyond Iran’s borders. Notably, some experts see these efforts as the IRGC “cloning” itself — just like the iconic Agent Smith character in the popular Matrix trilogy. Capitalizing on the ongoing turmoil in the Middle East, General Soleimani’s Quds Forces have strived to organize various armed groups across Syria, Lebanon, Iraq, and Yemen. Besides, a considerable number of Shia militiamen — being harvested from Afghanistan and Pakistan — have poured into Syria, forming the Fatimioun Division and the Zainabioun Brigade. Some reports suggest that the majority of these AfPak Shiite militants were in fact refugees and migrants in Iran.

Apart from supplying training and manpower to conflict zones, Iran also orchestrates the largest arms flow to non-state groups in the Middle East. The IRGC delivers a broad array of tactical game-changers, ranging from rockets to unmanned aerial vehicles and anti-ship missiles, to its proxies. The Lebanese Hezbollah, for example, has thousands of pieces of artillery rockets and tactical ballistic missiles. Likewise, thanks to the Iranian know-how, the Houthis now enjoy hundreds of kilometers of ballistic missile range. Besides, in some incidents, Iran’s Yemeni proxies showcased complex concepts of operations (CONOPS) such as conducting UAV strikes onto the Saudi Patriot systems’ radars before launching missile salvos. Without a doubt, such tactics reveal diligent IRGC assistance to the Houthi campaign.

Iran has long developed capabilities to block Strait of Hormuz, a major choke point for the hydrocarbon trade. At present, this capacity has extended to Bab-el Mandeb. In 2016, the Houthi militias fired anti-ship missiles on American and Emirati vessels. In 2017, they attacked a Saudi vessel in the Red Sea (some experts claim that Oman has become a major smuggling route to transfer anti-ship missiles into Yemen). Any attempt to block two strategic waterways could deeply shake global economy.

Iran’s ballistic missile proliferation remains another source of grave concern for regional security. From a military standpoint, these arms offer ideal means of delivery for WMD warheads, including nuclear payloads. More importantly, calculus between ballistic missiles and missile defense systems is an offense-dominant one. In other words, no defensive strategic weapon system could provide Iran’s competitors with a perfectly safe option.

The IRGC’s missile forces have fielded many road-mobile and solid-propellant systems in recent years. In fact, such assets were used in the 2017 Deir-ez Zor attack, Operation Laylat al-Qadr, which marked the first missile strike for Tehran beyond its borders since the Iran – Iraq War.

The Sejjil line solid-fueled medium-range ballistic missile has a range of more than 2,000 km. Besides, the Shahab line of liquid-fueled family of missiles have also registered remarkable upgrades in recent years, such as rear fin modernizations, fuselage material improvements, advancements in guidance and navigation systems, and better warheads.

All in all, Iran enjoys a very dangerous toolbox to pursue its geopolitical ambitions.

What Trump Administration has in mind

Simply, through its “maximum pressure” strategy, the incumbent American administration aims to force Iran into signing a “new deal” to replace the JCPOA. As mentioned earlier, President Trump and his team see major flaws in the nuclear deal; for example, the missing missile angle or Iran to cease its support to non-state armed groups.

One thing is clear. President Trump’s national security team, first and foremost, John Bolton, are probably the most anti-Iran and hawkish figures one could ask for. Add to this fact, Prime Minister Benjamin Netanyahu has just secured another term in Israel, while the Saudis and the Emiratis also have tough leaderships on Iran. In other words, there is no lack of political will about going extremely coercive on Tehran.

The military stage is also noteworthy. In addition to the USS Abraham Lincoln carrier strike group, Washington has deployed B-52 strategic bombers to al-Udaid base in Qatar, as well as more F-15C fighters to al-Dharfa Base in the UAE (one should note the F-35 presence at the very same base). The New York Times reported that the Pentagon has planned sending some 120,000 troops in case of an attack to the forward deployed American assets in the region.

In fact, there is even a more critical pillar of Trump’s “maximum pressure” strategy. The administration has made it clear that it would hold Iran accountable for the actions of its proxies. Well, this is a game-changer since it rules out any chance of plausible deniability, and remains equally vulnerable to provocations and false flags. One proxy attack in a wrong time and place could spark a catastrophic spiral of conflicts. Till then, one might expect more escalation, but not war from the U.S. – Iran bonanza.

[Can Kasapoglu is a defense analyst at the Centre for Economics and Foreign Policy (EDAM), an Istanbul-based think-tank.]

* Opinions expressed in this article are the author’s own and do not necessarily reflect the editorial policy of Anadolu Agency.

Doha, 24 Sept. 2022 (QE) QatarEnergy announced that it has selected ...
END_OF_DOCUMENT_TOKEN_TO_BE_REPLACED