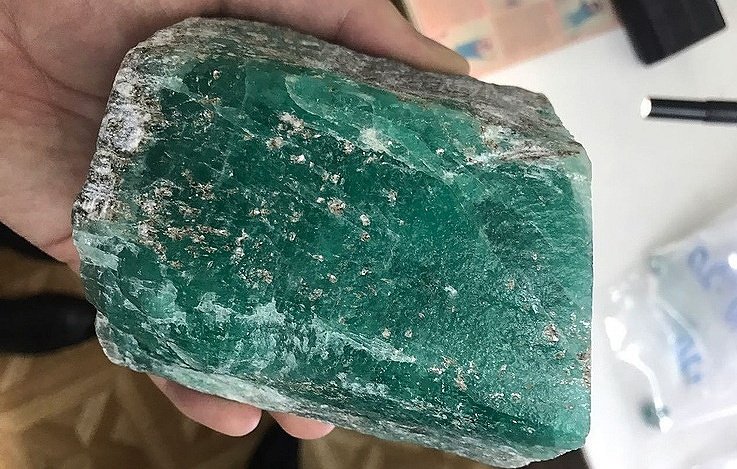 The one-piece 1.6-kg emerald found in the Sverdlovsk Region, Russia, earlier this year was sold for 4 mln rubles ($58,700). A Russian company engaged in gem cutting purchased it, press service of the Mariinsky Mine told TASS on Monday.

“The emerald was sold. The sum is over 4 mln rubles ($58,700). A Russian cutting company purchased it,” the press service said, without detailing the buyer’s name.

The gem was found at the end of January 2018 in the Mariinsky Mine. It is the largest-ever emerald mined there since the 1990s. Until just recently, the 1.2-kilogram emerald “President” mined in the early 1990s was considered to be the largest.