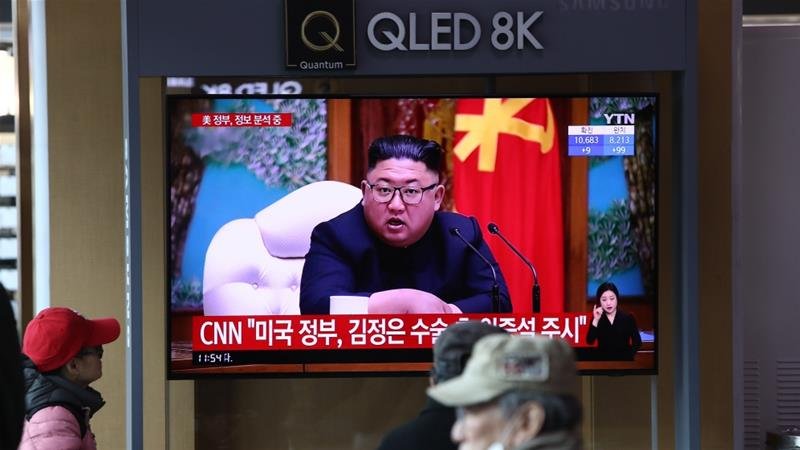 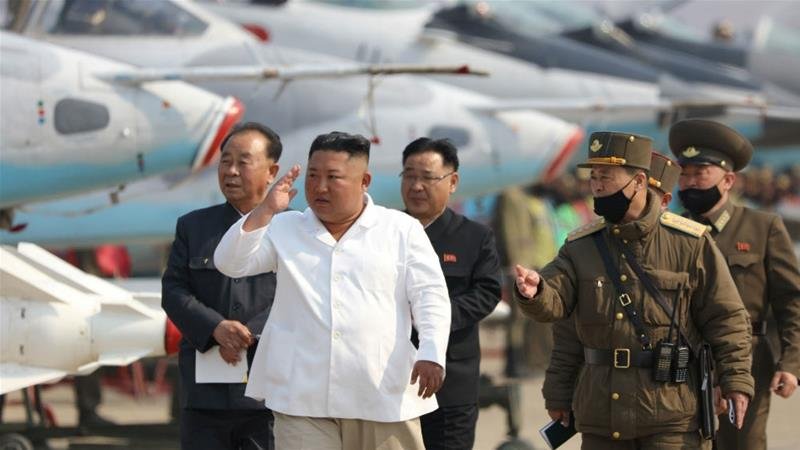 The third-generation hereditary leader who came to power after his father’s death in 2011 has no clear successor and it is unclear who would lead the nuclear-armed nation in the event of his incapacitation.

Speculation includes the theory that the controversial leader is isolating for fears of the coronavirus or that he is suffering from a serious injury or illness.

While there are no credible reports saying Kim has died, the hashtag #KIMJONGUNDEAD has trended on social media in recent days.  Kim, believed to be 36, has disappeared from coverage in North Korean state media before, most notably in 2014, when he vanished for more than a month. North Korean state television later showed him walking with a limp.

A special train possibly belonging to the North Korean leader was spotted this week at a resort town in the country, according to satellite images reviewed by a Washington, DC-based North Korea monitoring project, 38 North.

The group said in its report on Saturday the train was parked at the “leadership station”- reserved for the use of the Kim family – in Wonsan on April 21 and April 23.

North Korea’s state media last reported on Kim’s whereabouts when he presided over a meeting on April 11. Four days later, Kim was absent from the birth anniversary of North Korea’s founding father, his grandfather, Kim Il Sung, on April 15.

Cheong Seong-chang, director of the Center for North Korean Studies at the Sejong Institute in South Korea, told the New York Times that Kim not making an appearance at his grandfather’s mausoleum during the anniversary was “unthinkable” in the country, describing it as “the closest thing to blasphemy in the North”.

North Korea has never announced who would follow leader Kim Jong Un in the event he is incapacitated. With no details known about his young children, analysts say his sister and loyalists could form a regency until a successor is old enough to take over.

In the last two years, Kim Jong Un’s younger sister has been the most visible presence around the leader, serving formally as a vice director of the ruling Workers’ Party’s powerful Central Committee but unofficially as her brother’s chief of staff.

Kim Yo Jong was named an alternate member of the party’s Central Committee Politburo this month, continuing her climb through the leadership hierarchy.

The leader’s sister, believed to be 31, has firm control of key party functions, setting herself to be the main source of power behind a collective leadership.

“Kim Yo Jong will be for the time being the main power base with control of the organisation and guidance department, the judiciary and public security,” said Cho Han-bum of the Korea Institute for National Unification, a government-funded think-tank in Seoul.