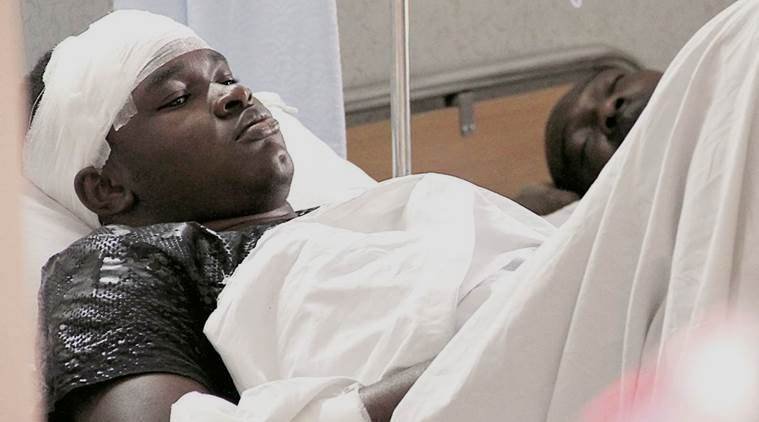 Following a candlelight protest march for a 17-year-old who died Saturday, four Nigerian students were attacked and severely injured, as locals alleged that the boy died after the Nigerians forced him to inhale drugs.

“I got off the auto rickshaw and seconds later a mob attacked me. They beat me up with sticks. I don’t know what they were saying. I lost consciousness for sometime and vaguely remember how police brought me to the hospital,” said Imran. Imran is among at least four of the nationals who were attacked allegedly by a mob at Pari Chowk and the adjoining Ansal Plaza mall.

Union Minister of External Affairs Sushma Swaraj who immediately ordered a probe into the matter and Uttar Pradesh Chief Minister Yogi Adityanath have assured of a fair and impartial investigation into the matter.

The incident of beating up Nigerian residents and vandalising their cars has led to outrage amongst Africans within India and raised the issue of ‘hate crime’ in the country.

In the wake of the incident, advisories were issued for African students to stay indoor and heavy security was deployed in the area in order to prevent further cases of violence.

The Ministry of External Affairs, on Tuesday, condemned the attack on the Nigerian nationals. The MEA issued a statement on Tuesday saying: “MJ Akbar spoke to the Acting High Commissioner of Nigeria, apprised him of steps being taken by local authorities for safety of Nigerian nationals,” adding that the incident is deplorable.

Samuel Jack, President of Association of African Students said that these incidents created an issue of safety concerns for African students who may not want to come to India for further studies anymore.

The police have filed cases against 600 unnamed persons and 44 named residents of the area. While in order to build trust among resident Africans, the senior police officers took out a flag march from Kasna police station to various parts of Greater Noida. The District Magistrate also held a meeting with representatives from Africans residing in the area, Resident Welfare Association, Bar Association.

20 January 2022 By Ashraf Siddiqui More than 7,000 books of different ...
END_OF_DOCUMENT_TOKEN_TO_BE_REPLACED