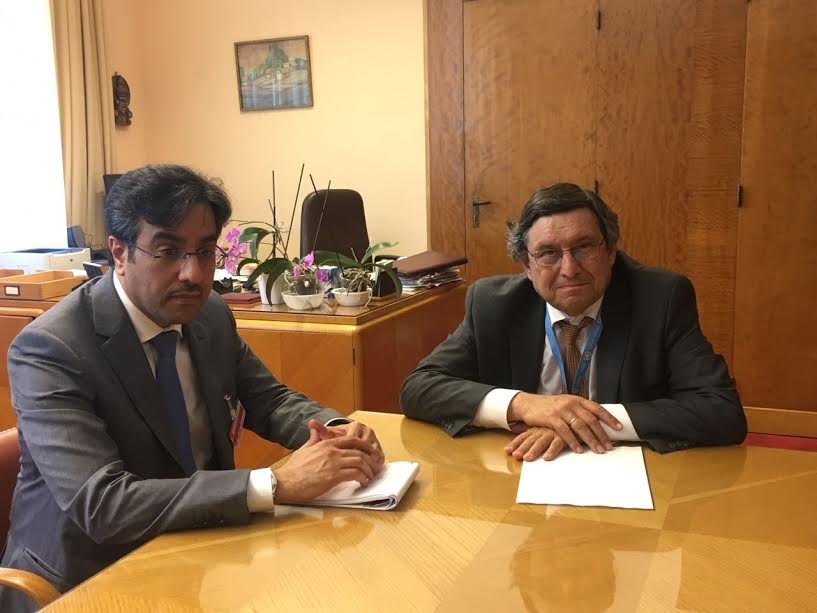 Both discussed the humanitarian and legal challenges resulting from the siege imposed on the State of Qatar by Saudi Arabia, the UAE and Bahrain. The meeting also dealt with the decision taken by those countries to place some Qatari humanitarian organisations on a ‘terrorism list’.

Dr. Al Marri stressed during the meeting that these measures are intended to obstruct and interfere with the foreign humanitarian aid provided by Qatar by discrediting its charitable organisations. He said these accusations were not taken seriously by anyone as they were not issued by credible international institutions, such as the United Nations.

Qatari organisations are respected as reputable and credible at both regional and international levels, and work with the United Nations and the UNHCR (United Nations High Commissioner for Refugees). They also have partnerships with major international humanitarian NGOs such as the Red Cross and the Humanitarian Affairs Office of the Organization of Islamic Cooperation. Qatari humanitarian organisations also have strong links with their counterparts within the GCC.

Dr. Al Marri pointed out that the State of Qatar established the Regulatory Authority for Charitable Activities (RACA) several years ago to monitor and supervise the work of charities and humanitarian organisations from Qatar. “Qatar is the only state within the GCC to have done so”, he said. He added that this body has become a regional model in the field of supervision of charitable work, as documented in international reports issued by the United Nations, the International Monetary Fund, and the US Treasury. “Thanks to these efforts, no Qatari humanitarian organisation has been in the United Nations’ international terrorism list, and some of these organisations have consultative status with the United Nations, such as Qatar Charity,” he said.

Dr. Al Marri denounced the attempt by the countries blockading Qatar to obstruct its humanitarian work. He said the classification of some Qatari humanitarian organisations on this so called ‘terrorism list’ was an unprecedented unilateral coercive measure, and constituted a violation of the right to development, assistance and relief, ultimately harming the basic rights of vulnerable and needy communities depending on this work.

Doha, 25 June 2022 THE Embassy of Nepal and the Non-Resident ...
END_OF_DOCUMENT_TOKEN_TO_BE_REPLACED