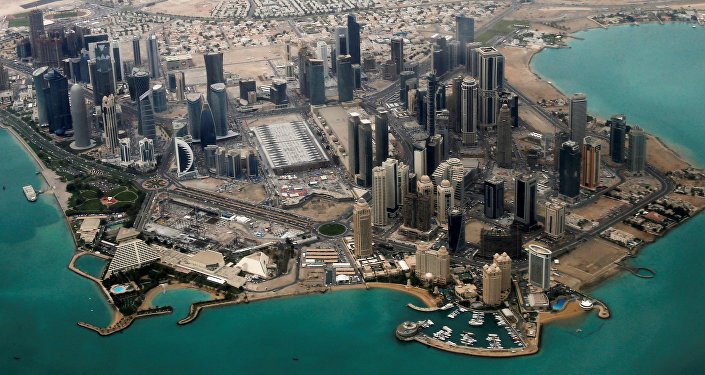 The cutting of diplomatic ties, closure of air, land and sea and the restrictions placed on Qatar are “worse than the Berlin Wall”, according to the chairman of Qatar’s National Human Rights Committee (NHRC).

Speaking in Geneva on Friday, Ali Bin Smaikh al-Marri called on the UN Human Rights Council to condemn the blockade of Qatar as it infringes upon the rights of more than 13,000 citizens of the Arab countries involved.

According to a report released by NHRC on Thursday, the actions taken by Saudi Arabia, the United Arab Emirates and Bahrain, along with Egypt, separated mothers from their children in some cases.

Hundreds of complaints were submitted to the NHRC by email, phone and hotlines, or personal visits to its headquarters in Qatar’s capital, Doha.

“These procedures [blockade] are worse than the Berlin Wall,” Marri said.

“Families have been separated. In one instance, a Saudi man died in Qatar. His sons were prevented by Saudi authorities to bring the body back home so Qatar took the responsibility to bury him.

“This is collective punishment and the bloackade will affect thousands of people.

“If this blockade will go on we will ask the Human Rights Council (OHCHR) to form a fact finding mission to see and follow up on these violations,” Marri said.

He also described the situation of students either being called back from Qatar or forced to leave universities in the Gulf countries, urging the OHCHR to “condemn these blockades against Qatari people”.

On June 11, six days after the decision, Saudi Arabia issued a royal order to take into consideration the humanitarian situation of mixed families [Saudi-Qatar], then the UAE and Bahrain followed suit.

Saudi Arabia’s closure of Qatar’s only land border means more of the country’s food has to be brought in by air.

Qatar imported the vast majority of its food from its Arab Gulf neighbours before the diplomatic shutdown, and has been talking with Iran and Turkey to secure food and water supplies since the crisis broke out.

Furthermore, the UAE, Saudi Arabia, and Bahrain have threatened sanctions against people who criticise moves taken by their governments against Qatar and has blocked access to Al Jazeera.

The UN aviation agency said it will review requests from Qatar to intervene after its Gulf neighbours closed their airspace to Qatar flights.

The International Civil Aviation Organization (ICAO), a UN agency that regulates international air travel under the Chicago Convention, said tranport ministers and aviation officials from Qatar, the UAE, Saudi Arabia, Bahrain and Egypt kicked off a two-day meeting at its Montreal headquarters on Thursday to seek a “consensus-based solution” that addressed “current regional concerns”.

“ICAO is presently reviewing requests from the government of Qatar to assess the flight restrictions imposed upon it by neighbouring states,” according to a statement by the agency.