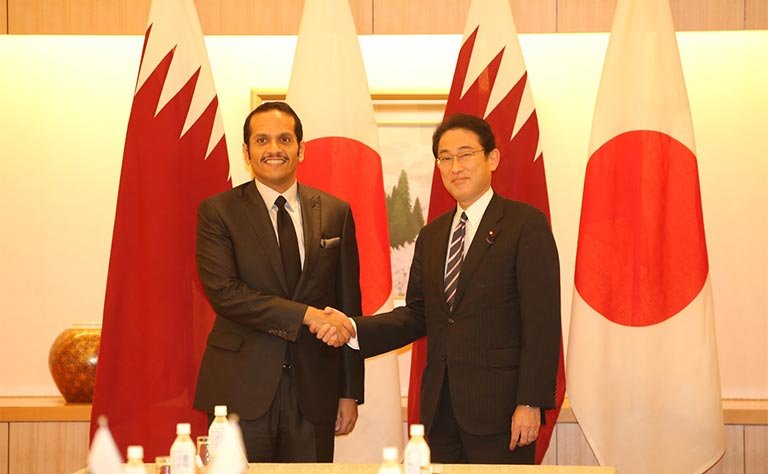 Tokyo, October 03 (QNA) – Sheikh Mohammed bin Abdulrahman Al Thani welcomed Japan’s decision of multiple entry visas (valid for three years) to holders of Qatari passports effective today. He regarded Japan’s decision as a big step towards promoting relations between people of both the countries. Both sides also welcomed the mutual decision of exemption of visas for holders of diplomatic and special passports of both the countries.

Sheikh Mohammed bin Abdulrahman Al-Thani, Foreign Minister of Qatar is on his two days official visit to Japan. He met today Japan’s Foreign Minister Fumio Kishida. Both sides discussed a number of bilateral issues including ways to strengthen political and security dialogue, enhance economic and investment ties and boost cooperation and coordination in the field of education. They also discussed the latest developments in the Middle East and in East Asia. Both sides looked on ways to further strengthen bilateral relations and to build comprehensive strategic partnership between both friendly countries.

Japanese side praised the role of Qatar as a major supplier of liquefied natural gas to Japan as well as its role as a regional actor in stability in the Middle East. Japan also expressed its desire to strengthen and develop bilateral relations in the political, security, economic and cultural fields.