Masoud Barzani to Step Down as KRG President 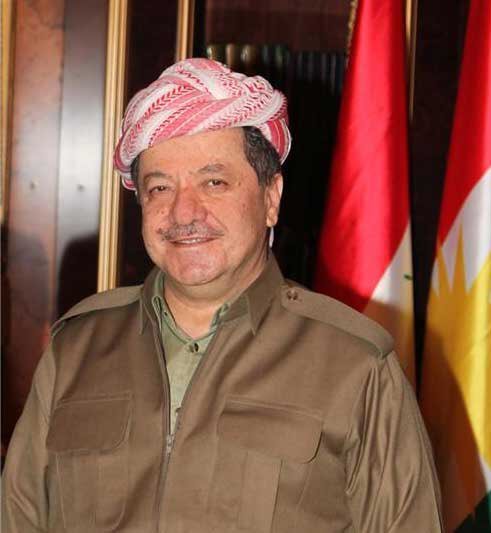 The parliament of the Iraqi Kurdish region has approved a request by Masoud Barzani, the president of Iraq’s Kurdistan Regional Government (KRG), not to renew his term when it expires on November 1.

The approval came during a closed session on Sunday of the Iraqi Kurdistan Parliament in the regional capital, Erbil.

The decision comes just over a month after a controversial secession referendum spearheaded by Barzani, which led to days of fighting between Iraqi government and Kurdish Peshmerga forces.

Barzani, 71, has signalled that he wants to divide presidential powers between the regional government, parliament and the judiciary.

However, he will remain in Kurdish politics as leader of the High Political Council, according to his senior assistant Hemin Hawrami.

The KRG’s High Political Council was formed to replace the High Referendum Council to take the lead in the post-referendum phase.

Barzani’s decision throws the field wide open to aspirants for the KRG president’s post after he vacates it.

The veteran Kurdish leader and head of the Kurdistan Democratic Party (KDP) initially said he would step down after Iraqi Kurds went the polls on November 1.

But these elections have now been postponed by eight months, leaving it unclear what would happen to the presidency in the interim.

Rumours had been circulating for the past two weeks that Barzani would end his presidency, a post he has held for 12 years.

His tenure had officially expired in August 2015.

On Saturday, unnamed politicians and Kurdish news media reported that Barzani had sent a letter to parliament laying out how power should be distributed once he is no longer in office.

Some in the Kurdish region believe that Barzani’s stepping down is of little consequence – that he will remain in the background while the Barzani family will maintain its grip on the KRG, perhaps with Nechirvan Barzani, his nephew and KRG prime minister, taking charge in an interim capacity.

Other analysts suggest that this is a small step towards giving Kurdish institutions more sway, empowering parliament, which has been in a state of suspension since 2015 when a rift developed between the KDP and the opposition Gorran movement.

Barzani only recently reactivated parliament in order to win its approval for the September 25 referendum on secession, which Barzani wanted to be his legacy.

In 2016, he said: “The day we have an independent Kurdistan, I will cease to be the president of that Kurdistan.”

He went ahead with the referendum against the wishes and warnings of some of his closest allies, most notably the US.