Macron Slapped In The Face In Southern France 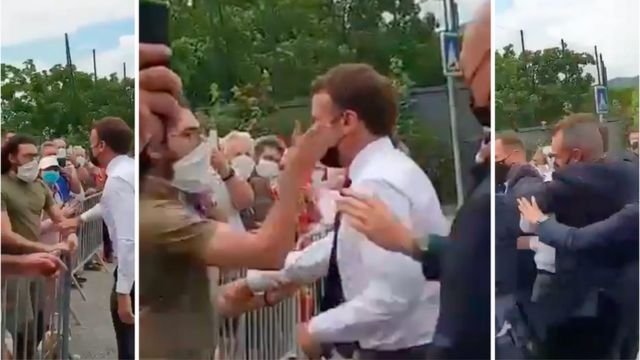 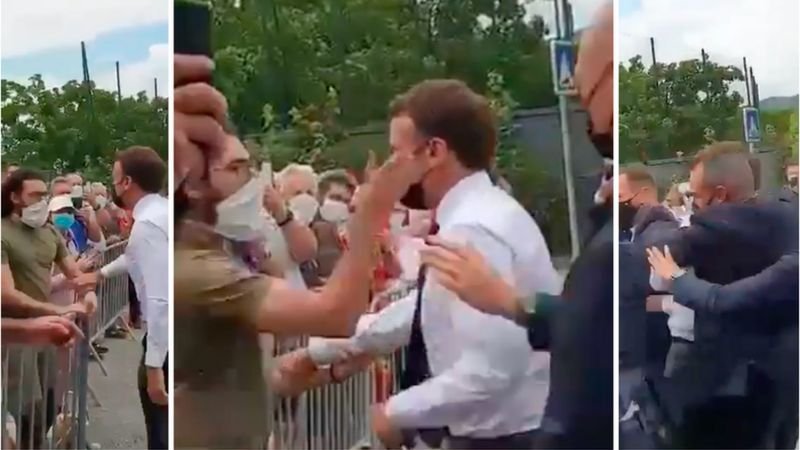 A man slapped President Emmanuel Macron in the face on Tuesday during a walkabout in southern France.

Macron later said he had not feared for his safety, and that nothing would stop him carrying on with his job. The man, who was dressed in a khaki T-shirt, then shouted “Down with Macronia” (“A Bas La Macronie”) and slapped Macron on the left side of his face.

Two of Macron’s security detail tackled the man in the T-shirt, and another ushered Macron away. Another video posted on Twitter showed that the president, a few seconds later, returned to the line of onlookers and resumed shaking hands.

The local mayor, Xavier Angeli, told franceinfo radio that Macron urged his security to “leave him, leave him” as the offender was being held to the ground.

Two people were arrested, a police source told Reuters. The identify of the man who slapped Macron, and his motives, were unclear.

Macron was on a visit to the Drome region to meet restaurateurs and students and talk about returning to a normal life after the COVID-19 pandemic.

In an interview with the Dauphine Libere newspaper after the attack, Macron said: “You cannot have violence, or hate, either in speech or actions. Otherwise, it’s democracy itself that is threatened.”

“Let us not allow isolated events, ultraviolent individuals… to take over the public debate: they don’t deserve it.”

n 2016, Macron, who was economy minister at the time, was pelted with eggs by hard-left trade unionists during a strike against labour reforms. Macron described that incident as “par for the course” and said it would not curb his determination.