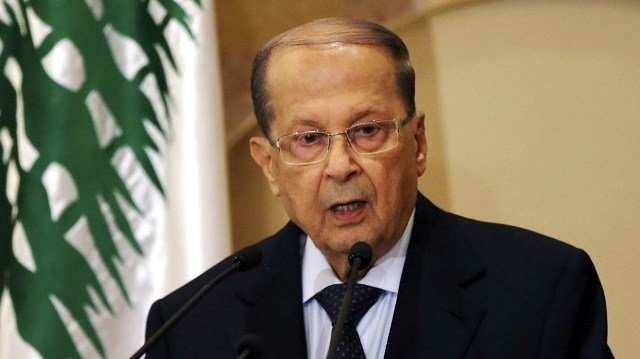 Addressing participants in the Beirut Marathon event scheduled for Sunday, President of the Republic Michel Aoun called on them to run under the slogan of Prime Minister Saad Hariri’s return to Lebanon, in a confirmed gesture of solidarity with their Prime Minister.

“Lebanon, with its people, politicians and athletes, does not accept that its Prime Minister is in a situation that contradicts the international agreements and the rules adopted in the relations between the countries,” Aoun told a delegation from the Beirut Marathon Association who visited him at Baabda Palace on Saturday, headed by Mrs. May Khalil.

He called on Saudi Arabia “which shares deeply-rooted ties of brotherhood and friendship with Lebanon, to clarify the reasons that have so far prevented Hariri’s return to Beirut to be among his people and supporters.”

“Let the Beirut Marathon be a national sports event tomorrow, in solidarity with Prime Minister Hariri and his return to his homeland,” Aoun underscored.

The President praised the efforts of the Beirut Marathon Association in annually organizing this unique sports event, which has become a “Lebanese, regional and international landmark,” stressing that “sports bring people together, achieving the desired harmony.”

Also within the sports framework, President Aoun earlier met with a delegation from the Homenetmen-Beirut Basketball Team, headed by Team Leader Hrair Khatshadurian and Youth Committee Chair Guy Manoukian, who presented him with the Arab Basketball Championship Cup that took place in the Moroccan city of Salé with the participation of 12 Arab teams.

The President welcomed the delegation and congratulated its members and dignitaries on “the achievements made in the name of Lebanon.”

“Sports, in general, contribute to building human rights and establishing the foundations of honest competition and values of cooperation and peace,” highlighted Aoun.