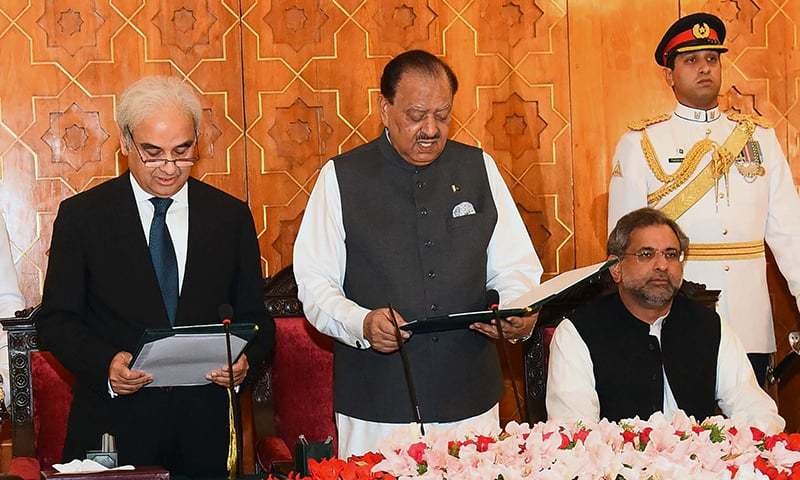 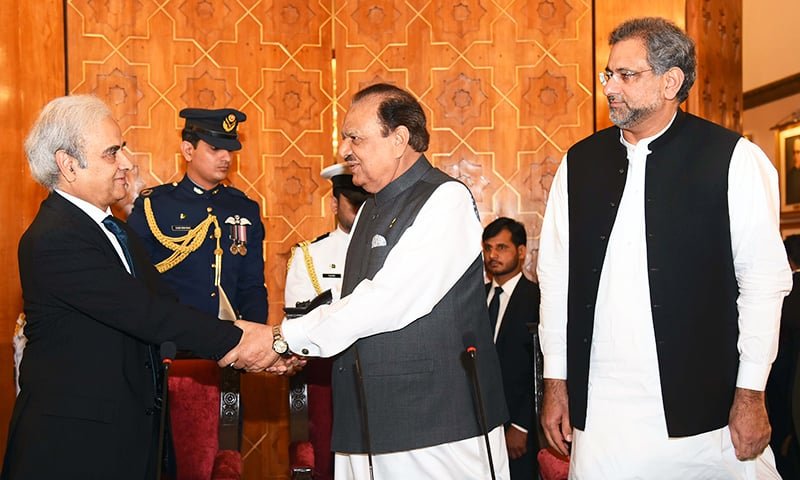 Justice (retd) Nasir-ul-Mulk on Friday took oath as the country’s caretaker Prime Minister at a ceremony held here at the President House.

Retired Justice Nasirul Mulk took oath as the seventh caretaker prime minister, hours after the National Assembly was formally dissolved in the lead up to the elections. Justice Nasirul Mulk was unanimously nominated for the post by both the government and opposition, with former PM Shahid Khaqan Abbasi describing the retired judge as a someone whom “no one could object to”.

The newly appointed caretaker PM, while speaking to journalists after the ceremony, said that members of the Cabinet would be announced after discussion on the matter.

One of his first decisions was to change his principal secretary, Fawad Hasan Fawad, and replace him with Sohail Amir. Fawad has been rotated to Director General Civil Services.

Mulk also said he would make sure that the elections will be held in a timely and transparent manner. “We will fulfil the duty we were entrusted with,” he promised.

The oath-taking ceremony was held hours after the third consecutive National Assembly completed its five-year constitutional term. It was only the second National Assembly to do so under civilian rule, with the 2002 assembly operating and disbanding under military dictator Gen Pervez Musharraf.

The three NAs elec­ted seven prime ministers in 16 years, indicating underlying weaknesses in the process, the institutions of the state and political parties in the country.