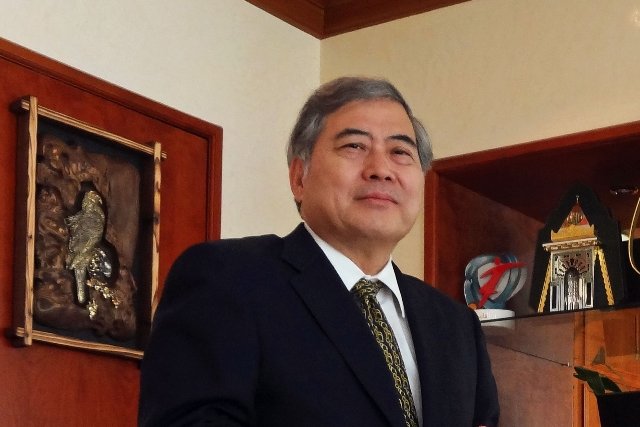 Seiichi Otsuka, ambassador of Japan to Qatar has  said that the relations between Japan and Qatar has been strengthened since the visit of the Emir of State of Qatar, Sheikh Tamim bin Hamad Al-Thani to Japan in February 2015.

He said that the two countries have established strong ties in the energy and infrastructure sectors.

On the occasion of Qatar National Day, Japanese ambassador in his message said that the Emir’s visit to Japan paved the way for diversifying and widening the domain of cooperative relations to include the social, educational, cultural fields. He also emphasized the importance of increasing the pace of this cooperation to cope with Qatar’s speedy nation-building process.

The Ambassador of Japan praised the Qatari leadership for ensuring safety and security of people and for the good management of the national economy and the active diplomacy during the current conditions in the Gulf region.

Otsuka stated that under the current circumstance in the Gulf region, the new business models and emerging commercial networks are desirable. He expressed hope that this situation can boost the ties between Qatar and Asian countries in particular.

Ambassador Seiichi Otsuka hailed the Qatari economy and its strength against the siege imposed on the country, pointing out that citizens and residents still live under normal conditions.

He said that the overwhelming majority of foreign countries support the Qatari position that the problem should be solved through dialogue. He stressed that this anniversary can provide an opportunity to demonstrate ineffectiveness of the siege and to remind us of the necessity to work for ending it.

The Ambassador reiterated the insistence of his government that the problem should be solved through ‘dialogue’ between the concerned parties from the beginning. He also expressed his government’s support for Kuwait’s mediation efforts because it is preferable to be solved within the GCC framework.

“Six months have passed since the eruption of the crisis, unfortunately we see the tension increasing even now. Therefore, we should double our efforts not to escalate but stabilize the situation,” he said.

He added that it is better to submit specific complaints and ask for legal judgments and decisions of tribunal through the multilateral fora. These things should be subjected to the international law and regulations.

The Ambassador of Japan stressed the importance of stabilizing the situation in the Middle East, where regional conflicts have a complex impact on the domestic policies of each country.

All concerted efforts of the international community should be fully mobilized in order to make simultaneous solutions in the region, he stated.