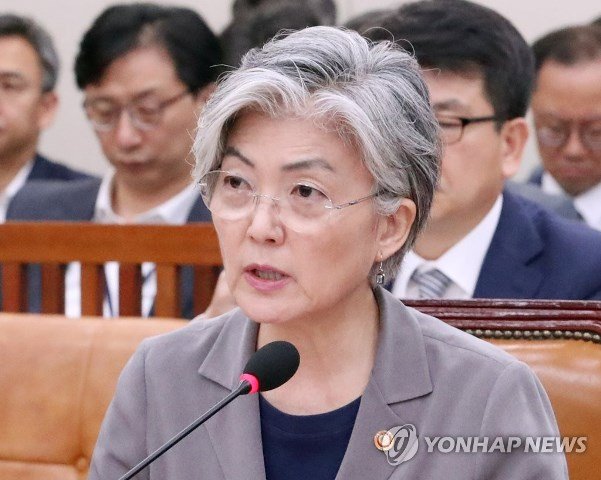 Japan is highly likely to pass a bill later this week to remove South Korea from its “whitelist” of trusted trade partners, the foreign ministry said Tuesday, in what would be an additional economic retaliatory measure in a row over wartime forced labor.

“The bill is expected to be passed at a Cabinet meeting and undergo procedures … before it comes into effect in late August,” the ministry said in a report submitted to the National Assembly.

Japan has strongly protested the rulings, arguing that all reparation issues were settled by a 1965 accord that normalized the bilateral relations.

In addition to the export restrictions, Tokyo has been pushing to take South Korea off the list of 27 countries given special treatment in purchasing Japanese dual-use products that can be diverted for military use.

“The government’s conclusion on the measures is that it has a retaliatory nature,” she said.

Asked by a lawmaker about the fate of a Seoul-Tokyo military intel-sharing pact in light of the deepening trade spat, Kang said the government intends to maintain the agreement, though it does not rule out other possibilities.

“The government is now monitoring various situations, and we intend to keep it for now. Depending on how the situation develops, we could consider reviewing it,” she said.

President Moon Jae-in’s national security adviser, Chung Eui-yong, has reportedly told lawmakers that Seoul could review whether to renew the General Security of Military Information Agreement (GSOMIA), signed in 2016. The bilateral pact is supposed to be renewed every year, and the deadline for any objection by either side to its renewal for another year is Aug. 24.

Amid rivalries with an assertive China and resurgent Russia, and tensions with Iran, the United States faces yet another complex foreign policy challenge from within its own alliance network: a rancorous diplomatic spat between South Korea and Japan.

Following Tokyo’s recent export control measure, the relationship between the two American allies has been spiraling downward, fueling worries that their spat could hamper Washington’s alliance-based drive to keep its geopolitical leadership and promote regional stability.

Seoul has been calling for Washington’s mediation, while President Moon Jae-in appears set to confront Japan’s economic jab head-on based on the claim that Tokyo’s measure runs counter to free trade principles and could affect the global economy.

David Stilwell, the new top U.S. diplomat for East Asia policy, was set to arrive here Tuesday after his trip to Japan. His planned visit to Seoul renewed attention to whether Washington would step into the fray, though he has told Japanese media that Washington had no plan to mediate.