It Is Economic Diplomacy Which Plays Role In Building Relations, South African Envoy 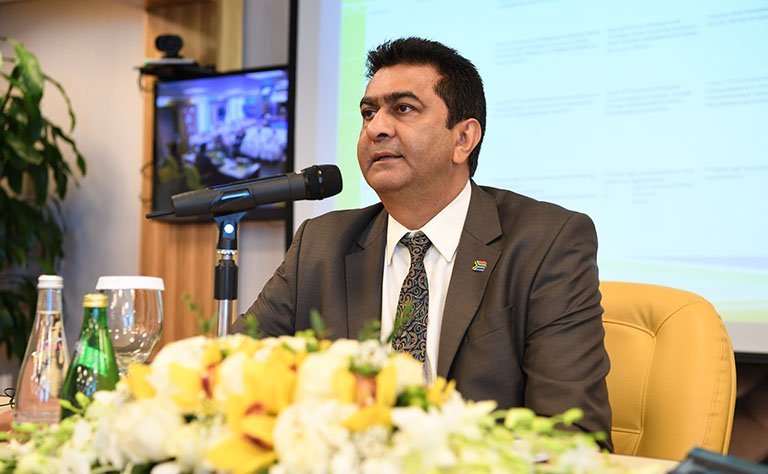 Ambassador touched on the history and future of relations between the State of Qatar and the Republic of South Africa, pointing out that their ties dated back to 1994, and culminated in the opening of the South African Embassy in Doha in 2003.

He outlined the most important two-way visits between the two countries since the beginning of the relations, as three South African presidents visited Qatar, namely Nelson Mandela, Thabo Mbeki and Jacob Zuma. As for visits by the Qatari side, he said HH the Father Emir Sheikh Hamad bin Khalifa Al-Thani and Dr Khalid bin Mohammed Al Attiyah, former Foreign Minister, paid visits to South Africa. The last of these visits was that by Foreign Minister Sheikh Mohammed bin Abdulrahman Al-Thani in March 2017, he reminded.

As for the multi-faceted relations and agreements between Qatar and South Africa, Soni said that although his country is young and is only 23 years old since gaining independence, it has built excellent relations with many countries, including the State of Qatar.

He added that South Africa has a number of effective agreements with the State of Qatar in the fields of diplomatic relations, economic cooperation, and avoidance of double taxation and the prevention of fiscal evasion, in addition to agreements on bilateral air services, the promotion of intra-investments, as well as agreements in the fields of defense, police, arts and culture.