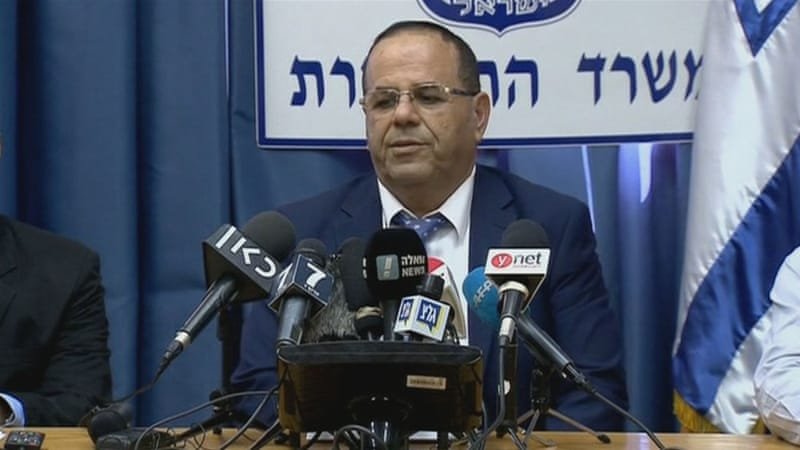 AlJazeera network has said that Israel is moving forward to revoke media credentials of Al Jazeera journalists and close the network’s office in Jerusalem, the country’s communication minister has announced.

Ayoub Kara made the announcement on Sunday during a press conference in Jerusalem, where Al Jazeera was barred from attending.

“We have based our decision on the move by Sunni Arab states to close the Al Jazeera offices and prohibiting their work,” Kara said, adding that the channel is being used by groups to “incite” violence – accusation that the network has denied.

Kara said he expects Israel’s parliament, the Knesset, to consider his request in the next session.

“I will go through the legislatory mechanism to create the authority in which I can act freely. We will try to end it as quickly as possible.”

The Doha-based media network in a statement condemned the Israeli decision and pledged to take “legal steps necessary” against the measures.

Al Jazeera condemns these measures from a country that claims to be “the only democracy in the Middle East”.

“Al Jazeera will continue to cover the events of the occupied Palestinian territories professionally and accurately, according to the standards set by international agencies, such as the UK Office of Communications (Ofcom).”

The pan-Arab network’s offices in the Palestinian territories of Gaza and the occupied West Bank city of Ramallah, however, would not be affected by the current Israeli move.

Al Jazeera’s Scott Heidler, reporting from Jerusalem on Sunday, said that the request to revoke the credentials cover all the networks journalists in both the Arabic and English channels.

It was unclear when the government will act on the request.

Our correspondent reported that Israel is also seeking to shut down Al Jazeera’s cable and satellite transmissions in the country.

During the press conference, Kara also said that the interior ministry will also be involved in shutting down Al Jazeera’s office in Jerusalem.

Israeli Prime Minister Benjamin Netanyahu has been threatening to shut Al Jazeera’s operations in the country, accusing the network of inciting violence against Israel.

Marwan Bishara, Al Jazeera senior political analyst, said the latest move by Israel shows a “synergy” of “dictatorships” in the Arab world and “dictatorship of military occupation in Palestine”.

“It is as if closing down a network will diminish violence, when everyone knows that repression and military occupation, and aggression is the reason for violence in the region. Not reporting it.”

In an interview with Al Jazeera, Rami Khouri of the American University in Beirut, denounced the plan saying it is “very typical of regimes” in the region.

“Regimes that want to control power will almost always go after two targets – the media and the foreigners. Everybody goes after the media.”

“It is a shocking statement, and it completely undermines Israel’s claims to be the only democracy in the region, because it gets to the heart of one of the most important institutions of democracy.

“This attack on Al Jazeera is really an attack on all critical independent journalism.”

The Committee to Protect Journalists has criticised the Israeli move.

“Censoring Al Jazeera or closing its offices will not bring stability to the region, but it would put Israel firmly in the camp of some of the region’s worst enemies of press freedom,” CPJ Middle East and North Africa Program Coordinator Sherif Mansour said in a statement.

“Israel should abandon these undemocratic plans and allow Al Jazeera and all journalists to report freely from the country and areas it occupies,” it said.

In recent months, Saudi Arabia and Jordan both shut down Al Jazeera bureaus as part of a coordinated diplomatic and economic campaign against Qatar, base of the Al Jazeera’s headquarters.

Al Jazeera’s signal has also been blocked in the United Arab Emirates.

Egypt, which is also part of the blocking group, banned Al Jazeera several years ago.