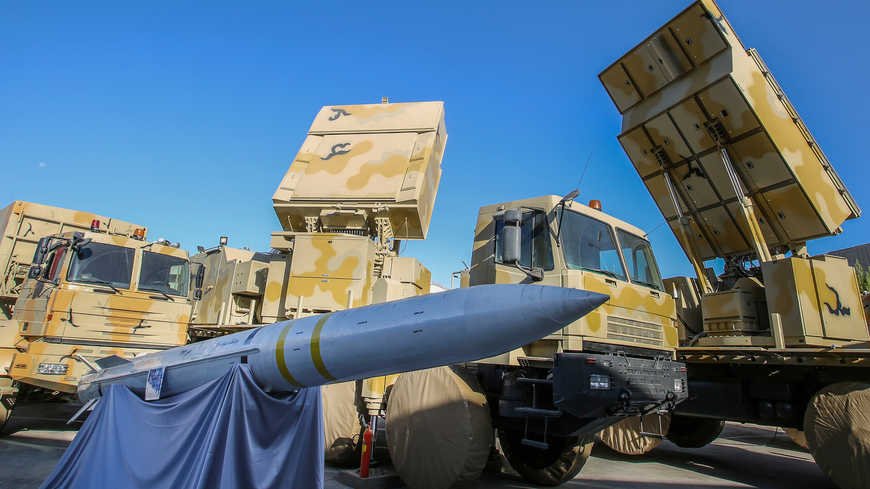 Iranian President Hassan Rouhani has inducted a locally built air-defence system into the country’s missile defence network at an unveiling ceremony in the capital, Tehran.

The display of the new system, Bavar-373, on Tuesday came amid heightened tensions with the United States, which last year unilaterally withdrew from a multinational nuclear deal signed between world powers and Iran and reimposed crippling sanctions on it.

Iran began production after the purchase of Russia’s S-300 system was suspended in 2010 due to international sanctions that have barred it from importing many weapons. It installed the stalled S-300 system in March 2016 following several years of delays in the wake of the now-crumbling 2015 nuclear deal.

Speaking at the ceremony, Rouhani said the mobile surface-to-air system was “better than S-300 and close to [more advanced] S-400.”

With a range of more than 200km, Iran’s official IRNA news agency said the long-range missile system is suited to the country’s geography.
‘We cannot respond with logic’

In his speech, Rouhani also struck a muscular tone on dealings with the US, saying that “talks are useless” over the nuclear deal.

“Now that our enemies do not accept logic, we cannot respond with logic,” Rouhani said.

He added: “When the enemy launches a missile against us, we cannot give a speech and say: ‘Mr. Rocket, please do not hit our country and our innocent people. Rocket-launching sir, if you can please hit a button and self-destroy the missile in the air.'”

Iran shot down a US Global Hawk surveillance drone with a surface-to-air missile in June for allegedly violating its airspace, a claim that the US denies.

Meanwhile, Iran’s Foreign Minister Mohammad Javad Zarif used a positive tone over French proposals to salvage the nuclear deal, which was signed by France, the United Kingdom, Germany China, Russia and the European Union, in addition to the US.

In an effort to prop up the agreement, French President Emmanuel Macron offered on Wednesday to either soften sanctions on Iran or provide a compensation mechanism “to enable the Iranian people to live better” in return for full compliance with the pact.

Speaking at the Norwegian Institute of International Affairs, Zarif on Thursday said he was looking forward to having a serious conversation during a meeting with Macron in Paris the next day.

“There are proposals on the table, both from the French and the Iranian side, and we are going to work on those proposals tomorrow,” he said.
‘Don’t expect us to remain quiet’

Zarif added, however, Iran would not tolerate US interference in the Gulf, warning against Washington’s efforts to create a security mission to guard shipping in the Strait of Hormuz, a vital gateway for global oil supplies.

The UK, Australia and Bahrain are the only countries to have joined the US mission so far.

“It’s clear that the US’ intention … (of having a) naval presence in the Persian Gulf is to counter Iran,” Zarif said. “Don’t expect us to remain quiet when somebody comes to our waters and threatens us.”

Suspected attacks on several commercial ships in the Gulf in recent months have heightened turmoil in a region already on edge amid the acrimonious standoff between the US and Iran over the latter’s nuclear programme. The US has blamed Iran for the suspected attacks on the vessels over Tehran’s denials.

In his speech in Oslo, Zarif said Iran would not start a war in the Gulf but it would defend itself.

“Will there be a war in the Persian Gulf? I can tell you that we will not start the war … but we will defend ourselves.”

Hassan Ahmadian, an assistant professor of political science at the University of Tehran, said the French proposals went beyond the 2015 agreement.

“What we hear is that France wants to discuss Iran’s regional policy and its ballistic missile system as part of the debate over the nuclear deal,” he told Al Jazeera.

“Iran in the past rejected discussing these issues with the United States,” he said. “Therefore, it is a long shot for the Iranian strategic community to conclude discussions on these will be beneficial to Iran.”