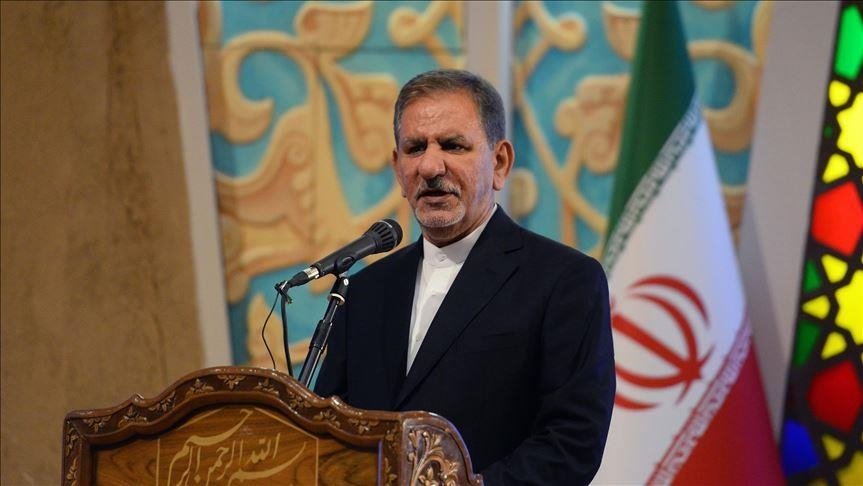 Iran’s Vice-President Eshaq Jahangiri said Saturday that Saudi Arabia and Israel are believed to be behind the recent leak of an audio recording for Iranian Foreign Minister Mohammad Javad Zarif.

Jahangiri said in statements cited by local media that the recording was released in a “sensitive time” amid talks taking place in Vienna over reviving the 2015 nuclear deal between Tehran and world powers. “I think there is an Israeli-Saudi conspiracy behind the audio recording,” Jahangiri said.

He added that President Hassan Rouhani gave instructions to his intelligence services to probe the issue to know how such a recording has reached Saudi media.

On Monday, the New York Times published segments from a leaked audio recording for Zarif which stirred controversy in Iran, with many lawmakers and former officials demanding Zarif resign.

Zarif said in the recording that Qasim Soleimani, a former Iranian general who was killed in January 2020 by the US, was working with Russia to oppose the Iranian nuclear deal.

Zarif also said in the recording that Iran is ruled by the “military field.”

Islamabad, 10 Oct. 2021 Father of Nuclear and Missiles programs of ...
END_OF_DOCUMENT_TOKEN_TO_BE_REPLACED