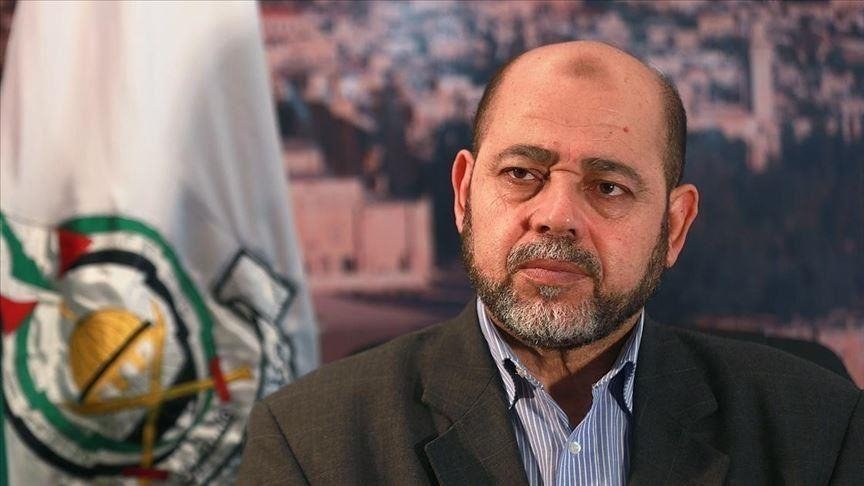 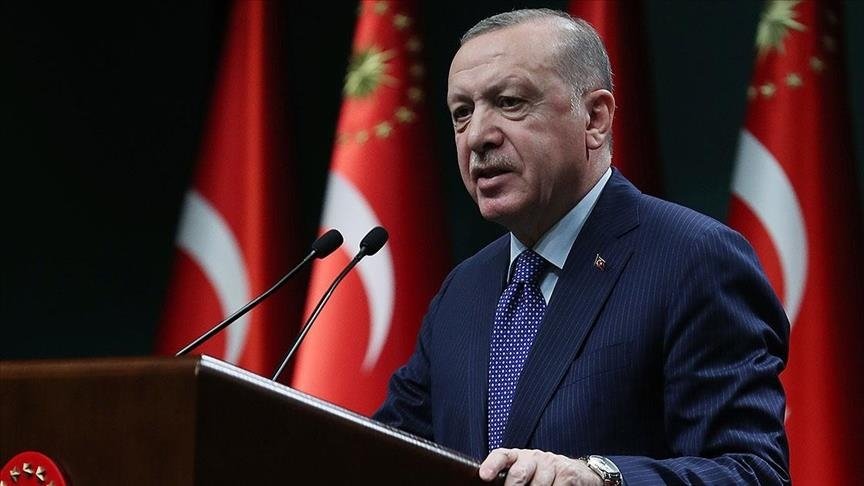 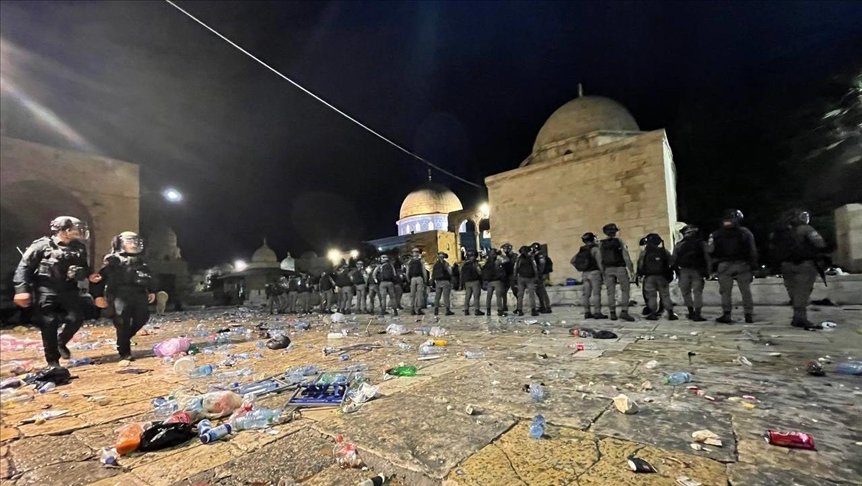 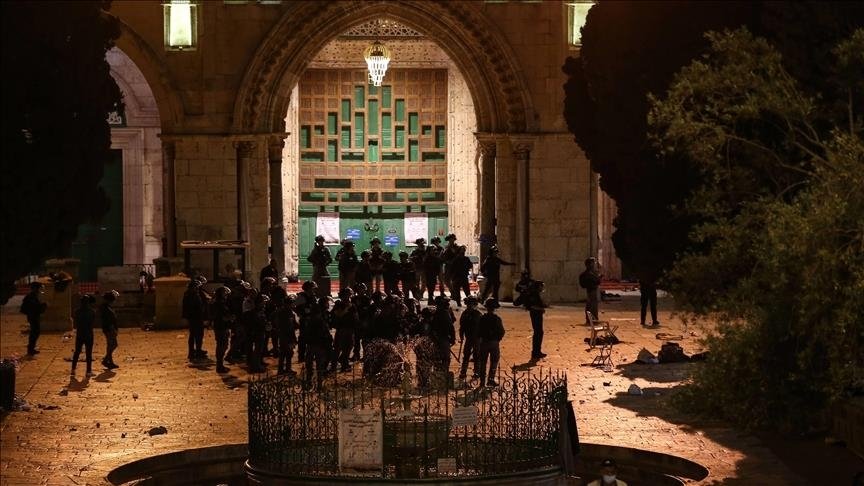 “We strongly condemn Israel’s heinous attacks against our first qibla Al-Aqsa Mosque, that are unfortunately being carried out every Ramadan,” he said in a tweet.

The president also expressed solidarity with the people of Palestine, saying: “As Turkey, we will continue to stand by our Palestinian brothers and sisters in all circumstances.”

“As the International Jurists Union, we condemn the heinous attack on the Masjid al-Aqsa and its worshipers … [by] the Israeli occupation forces,” Necati Ceylan, the head of the Turkish group, said in a statement.

“This raid is a clear legal violation of the status of the Masjid [mosque] and against the universal legal norms.”

The group called on the international community and organizations to support Palestinians and play a part in stopping such unlawful attacks by Israel.

Israeli forces fired stun and gas grenades in a bid to disperse Muslim worshippers inside the Haram al-Sharif area of Al-Aqsa Mosque on Friday evening.

At least 205 people have been injured in Israeli attacks on Al-Aqsa and in other parts of occupied East Jerusalem, including the Damascus gate of the Old City and the Sheikh Jarrah district, according to the Palestinian Red Crescent.

Tensions have run high in the Sheikh Jarrah area all through the week as Israeli settlers swarmed in after an Israeli court ordered the eviction of Palestinian families.

Al-Aqsa is the third-holiest site for Muslims. Jews call the area the “Temple Mount” and claim it was the site of two Jewish temples in ancient times.

Israel occupied East Jerusalem, where Al-Aqsa is located, during the 1967 Arab-Israeli war. It annexed the entire city in 1980, a move that has never been recognized by the international community.

Palestinian resistance group Hamas on Saturday said Israel will pay a price for its attacks on Palestinians in the occupied East Jerusalem.

The Palestinian people are “capable of deterring the [Israeli] occupation and drawing new equations in the conflict with” Israel, senior Hamas member Moussa Abu Marzouk said in a statement.

“The occupation will pay a price for desecrating the Al-Aqsa Mosque and its assaults on worshipers,” he added.

Abu Marzouk slammed Arab and Islamic silence towards the current developments in Jerusalem, saying that this silence “encourages the occupation to assault Al-Aqsa Mosque and the Palestinian people and Judaize Jerusalem”.

He went on to call on the Palestinian people “to support Jerusalem with all possible means and to rally efforts to confront the occupation.”

Several Arab and regional countries including Turkey and Iran condemned Israeli attacks on the Palestinians in Jerusalem and held Israel fully responsible for the current escalation in East Jerusalem.