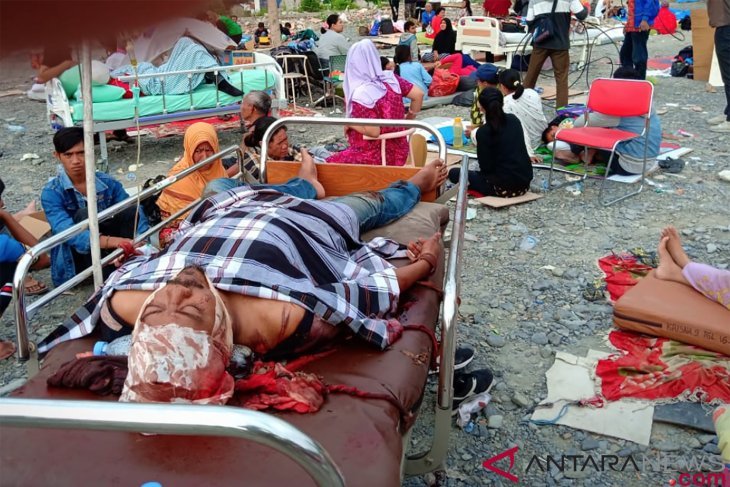 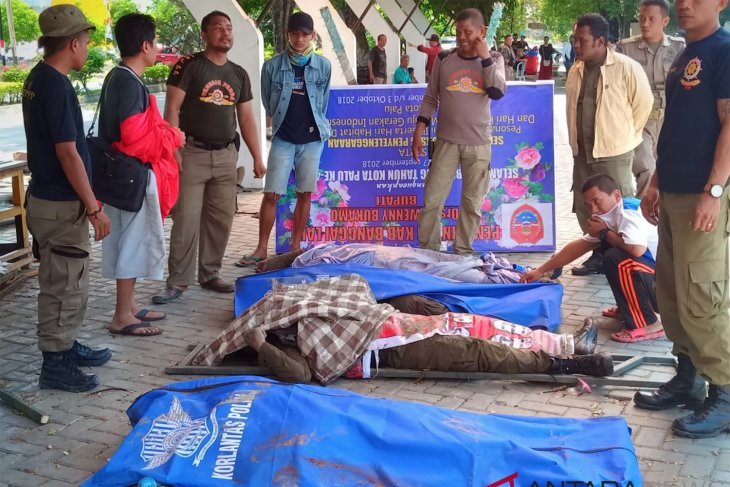 The head of the National Disaster Mitigation Agency (BNPB), Wilem Rampangilei, said the number of deaths from the earthquake that struck Central Sulawesi on Friday evening had risen to 420.

“This is the number recorded in Palu only. It has not covered Donggala and Sigi districts,” he noted, replying to Antara on Saturday evening.

The destruction caused by the quake in Donggala and Sigi has been very significant, but no reports about its degree and victims have been received yet, due to disruptions in communications, he said.

In view of the situation, the Special Task Force`s main priority would be searching, saving and assisting the victims, he said, adding “Until tonight, there have been 10,000 evacuees housed in 50 locations in the city of Palu. They will be given shelter, food and medicines.”

Some of the dead who had been kept in hospitals have been taken by their families, Wilem said, but the number of the dead could still increase, as search efforts have not yet covered all buildings, such as large hotels, shop houses, warehouses and other buildings.

“We have difficulties deploying heavy equipment, as many access roads to Palu have been severely damaged,” he said.

Wilem noted that thousands of boxes of ready-to-eat foods have to be brought in from Surabaya, East Java.

He also said the military (TNI) had sent paramedics and medical supplies, including a hospital ship, which is expected to arrive in one to two days.