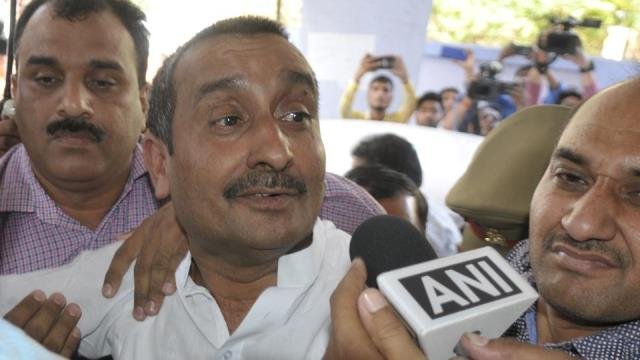 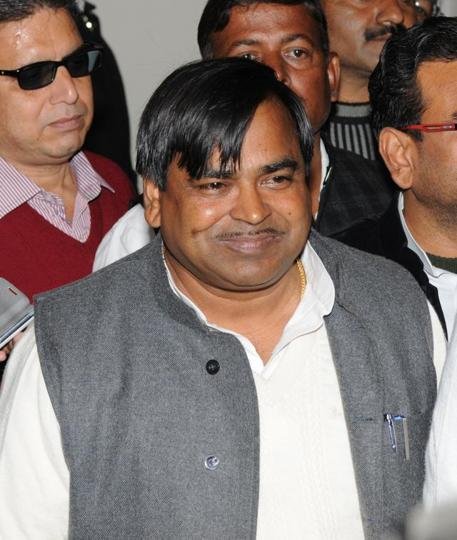 A CBI court on Saturday sent BJP legislator Kuldeep Singh Sengar to seven-day police custody, a day after he was arrested over allegations that he raped a teenager in Unnao last year.

Additional chief judicial magistrate Sunil Kumar said starting Saturday evening, when the MLA was produced in court, the police custody remand will continue till 10am on April 21. Meanwhile, Sengar’s judicial custody remand has been approved till April 28.

The police remand was approved under the Protection of Children from Sexual Offences (POCSO) Act on charges of raping a 17-year old girl. Sengar faces charges of abduction, rape and criminal intimidation under sections 363, 366, 376 and 506 of the Indian Penal Code.

His lawyer Satyendra Singh did not oppose the CBI’s application, saying, “We are willing to cooperate with the CBI in the investigation.”

When Sengar arrived in court at around 4pm, he claimed he was innocent and that he had faith in the judiciary and God.

He was questioned for 15 hours following his detention on Friday. A senior CBI official said the MLA for Bangarmau in Uttar Pradesh’s Unnao district was taken from a house in Lucknow’s Indira Nagar area to the agency’s office in Hazratganj around 4am on Saturday.

In a statement, the agency said it had lodged three separate first information reports in connection with the Unnao rape, and the death of the rape survivor’s 55-year-old father, allegedly after he was assaulted by the MLA’s brother. “The first FIR is related to allegations of rape on the MLA and a woman, the second is of the June 2017 event in which the teenager’s family accused four people of kidnapping and raping her,” it said.

The third case is related to the alleged attack on the teenager’s father on April 3 by the MLA’s brother, who was charged him with voluntarily causing hurt after a brawl.The father died on April 9 during treatment while in judicial custody.

The CBI swung into action on Thursday after the state government’s recommended a federal probe. The court will monitor the investigation and asked the CBI to file a status report on May 2, which is the next date of hearing.

The Unnao case, and the rape and murder of an eight-year-old in Jammu and Kashmir’s Kathua have sparked several protests across the country, with people demanding justice for the victims and safety of women. The Congress, led by Rahul Gandhi led a candlelight vigil on Thursday night, demanding action from the Narendra Modi government.

Gayatri Prasad Prajapati, the mining minister during the Samajwadi Party regime (2012-17) who called the shots in the corridors of power, was accused of gang raping a woman and attempting to rape her minor daughter. The woman, a resident of Chitrakoot, alleged Prajapati raped her for three years.

The police refused to register her complaint and she moved a petition in the Supreme Court which directed the department to register a case against Prajapati.

Gayatri continued to evade arrest even after registration of the first information report (FIR) and tried to intimidate the woman. The woman, along with her family members staged a sit-in protest at the gate of Prajapati’s official residence in Lucknow, leading to statewide outrage.

The opposition parties launched an agitation, demanding justice for the woman.

The police arrested Gayatri, who had remained untraceable for about a month, and his six alleged associates in March last year. The matter is in court and the former minister continues to be in jail.