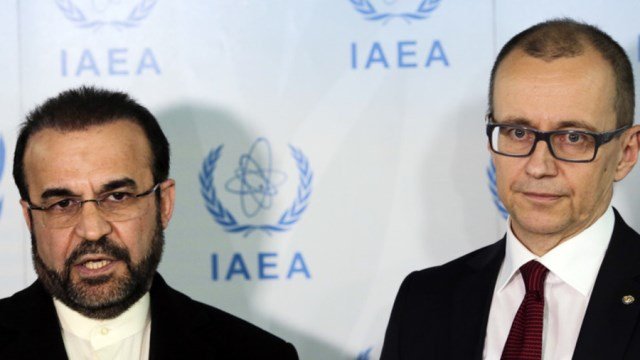 Varjoranta was serving as the head of the agency’s Department of Safeguards, tasked with determining whether countries that are party to the nuclear Non-Proliferation Treaty (NPT) abide by the agreement.

The Finnish-born official took the job in October 2013 and was also a deputy director general of IAEA, which, during his tenure, repeatedly asserted Iran’s compliance with the landmark nuclear deal known as the Joint Comprehensive Plan of Action (JCPOA). The accord, which was struck between five UN Security Council members plus Germany and Iran, received a huge blow on Tuesday when US President Donald Trump, a long-time critic of the deal, announced the US’ withdrawal and the reinstatement of economic sanctions on Iran.

Varjoranta has been temporarily replaced by the acting director of the Agency’s Office for Verification in Iran, Massimo Aparo, with the IAEA spokesperson stating that “the agency’s safeguards activities will continue to be carried out in a highly professional manner.”

Asked about the cause of Varjoranta’s abrupt resignation, the official said that “the agency cannot comment on personal matters, which are confidential.”

The day after Trump’s decision, which has drawn condemnation from the US’ European allies and even his own party ranks, the IAEA again reaffirmed that Iran was complying with its nuclear commitments, which has it cap its nuclear program in return for sanctions relief.

Iran, as well as the remaining signatories of the pact, vowed to stick to its provisions pending future talks.

In wake of the US exit, EU High Representative for Foreign Affairs and Security Policy Federica Mogherini stressed that the UN nuclear watchdog is “the only impartial, international organization that is in charge of monitoring Iran’s nuclear commitments.” This includes scrutinizing Israeli Prime Minister Benjamin Netanyahu’s claims that Iran has an active, clandestine nuclear weapons program.

Washington, on the other hand, immediately threw its support behind Netanyahu’s PowerPoint presentation. It declared that the show “provides new and compelling details” of Iran’s alleged nuclear activities and is “consistent with what the United States has long known.”

The IAEA “has done a very good job” with its thorough inspections of Iran’s nuclear facilities and a “switch of one or two people” even in its senior leadership is not going to affect its operations, Peter Galbraith, the former US ambassador to Croatia and author of several books on the Middle East, told RT.

The appointment of Aparo is “quite normal” since he was one of most senior subordinates of the resigned official handling an important portfolio, he said. Galbraith also dismissed chances that a new deal could be struck between Iran and the US, arguing that US withdrawal puts Iran “in position to basically ask for better implementation of this original deal” from Europe in particular, since the remaining signatories all want Iran to stay in it.

“The end result is going to be a better deal for Iran,” while the “Americans will have no say,” he noted.

Kaveh Afrasiabi, the former adviser to Iran’s nuclear-negotiating team noted, as he spoke about the reshuffle, that “there’s a history of bullying powers trying to influence the IAEA.” However, the appointment of Aparo, who has on-site experience in Iran, may turn out for the better.

“The fact that you have an acting deputy director who was on the ground in Iran and now can go to Moscow along with [IAEA chief] mister [Yukiya] Amano who has a meeting with President Putin on Monday to give a full account of Iran’s compliance with all necessary details – this is very important.”

Afrasiabi said that a new deal is not on the cards, as Trump “burned the bridge with Iran” and has “zero credibility with the Iranian people.”