How Saudi Tried to Bully Jordan and Failed 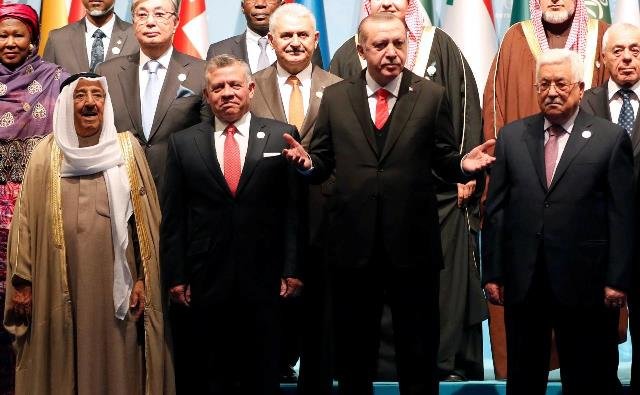 At a first glance, Saudi Arabia’s brief detention of billionaire Jordanian businessman Sabih al-Masri last Tuesday appears to be one of the most bizarre recent developments in the Arab world relating to wealthy individuals. But if we analyse the recent behaviour of Saudi Arabia’s leadership, we can easily see that Masri’s detention was not a surprising or unusual action.

This episode was in line with the current Saudi pattern of harsh arm-twisting, war-mongering, and intimidation that aim to bludgeon smaller Arab states to pursue the policies it favours.

Unfortunately for Riyadh, most of its actions have failed to achieve their goals, and in almost all cases they have backfired. These include the Saudi Arabia and United Arab Emirates (UAE)-led calamitous war in Yemen, the failed siege of Qatar, the unravelling of Saudi-backed rebels in Syria, and the embarrassing forced detention and “resignation” of Lebanese Prime Minister saad Hariri.

The Saudis have said nothing of substance about Masri’s case, as happened with the Hariri detention, so any analysis of the billionaire businessman’s ordeal is limited to reasoned speculation. Within the kingdom, such speculation saw Masri’s detention within the context of continued anti-corruption initiatives by Crown Prince Mohammad bin Salman and the business links between Masri and detained Saudi billionaire Prince Al Waleed bin Talal.

Outside the kingdom, analysts mostly saw a heavy-handed power play to force Palestine and Jordan to follow Saudi orders.

A brutal message to Jordan and Palestine

The Saudi detention of Masri was a crude but brutal political message to Jordan’s King Abdullah and Palestine’s President Mahmoud Abbas on how to behave on the Jerusalem issue and regional alignments.

Riyadh wanted to signal to the Jordanian and Palestinian leaderships that it could swiftly cripple their economies and trigger existential crises in which banks would suffer terminal runs, the governments would fail to pay their employees, and the economies would sputter to a halt. The first signs of this appeared in recent days with the drop in the value of Arab Bank shares, which are an important savings and investment vehicle for middle-class Palestinians and Jordanians.

Masri was the perfect instrument to send this apocalyptic message. He is an important figure for both Jordan’s and Palestine’s economies as a leading investor, and as chairman of the Arab Bank that dominates both the Jordanian and Palestinian banking sectors. The bank has even bailed out these liquidity-stressed governments several times in the past.

This is why the brief Saudi action against just one man sparked instant and widespread concerns about the economic wellbeing of both these economies. Citizens also feared that Riyadh might follow up by barring Jordanian and Palestinian expatriate workers and exports to Saudi Arabia, which would shatter both economies and plunge 15 million Jordanians and Palestinians into deep crisis.

The presumed tripartite Saudi message was this: Amman and Ramallah should lighten up their criticisms of Donald Trump’s recognition of Jerusalem as Israel’s capital; not join the Organization of Islamic Cooperation emergency summit that convened in Turkey last week; and, support Saudi Arabia’s desire to promote an expected Israel-Palestine “peace plan” that is being developed by the White House.

Palestinians and Jordanians widely oppose the plan that they mostly see as reflecting Israeli priorities, rather than a balanced approach anchored in existing United Nations resolutions.

Jordan and Palestine – like Qatar, Yemen, Syria, and Lebanon before them – instantly rejected Riyadh’s wishes, defied its threats and intimidation, and pursued policies that more closely aligned with the sentiments and interests of their own people. King Abdullah and President Abbas attended the summit in Turkey, strongly denounced the US move on Jerusalem, and for good measure also placed themselves next to Turkey’s President Recep Tayyip Erdogan in the ceremonial summit photo.

Jordan had defied bigger powers and survived several times before, when the late King Hussein stood his ground before Arab and foreign powers that ostracised him for his positions on the 2001 war against Iraq, for example.

The continuing pattern of bold but unsuccessful Saudi policies, often with Emirati backing, suggests several lessons to keep in mind.

First, small Arab states can defy the threats and withstand the militancy of big regional powers by standing firm on the only genuine source of security and well-being they have – the solidarity, interests, and sentiments of their own citizens.

Second, a rapidly evolving regional and global strategic order allows threatened small states to momentarily weather short-term storms by quickly reconfiguring their trade, transport, and strategic relationships with states near and far (as Qatar has done).

Third, Arab foreign policies anchored in the interests of Israel and the United States – or any foreign power, for that matter – will always be rebuffed by Arab populations that increasingly reject the fickle nature of foreign support.

Rami G Khouri is a senior public policy fellow in the Issam Fares Institute at the American University of Beirut.

The views expressed in this article are the author’s own and do not necessarily reflect Al Jazeera’s editorial policy.