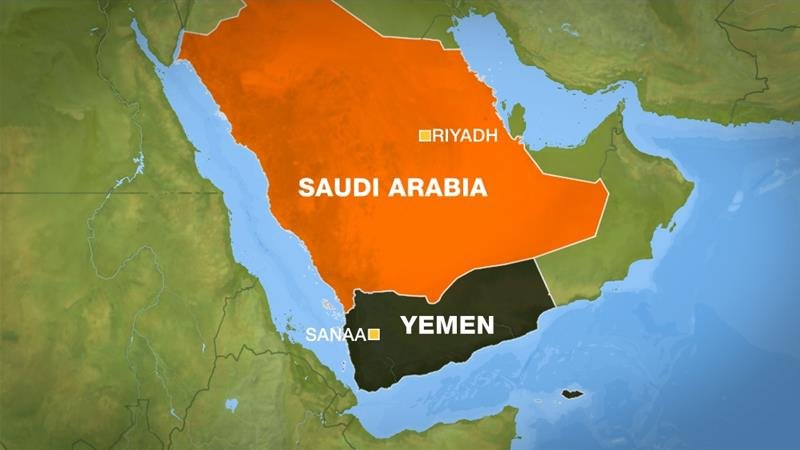 Houthi rebels on Monday claimed to have attacked a military target in the Saudi Arabian capital Riyadh a day after the Yemeni rebels fired ballistic missiles at an airport.

According to a spokesperson for the Houthis, who have been battling more than four years of a devastating military campaign led by Saudi Arabia, the attack was carried out with an armed drone. “The Houthis have said they have targeted a military place, but they haven’t given more details about the target,” Al Jazeera’s Mohammed al Attab said from the Yemeni port city of Hodeidah.

Saudi Arabia has denied there was an attack by the rebels.

Monday’s incident is the latest in a spate of cross-border missile and drone attacks targeting Saudi air bases and other facilities in recent months.

On Sunday, the Houthis fired10 Badr-1 ballistic missiles at Jizan airport in Saudi Arabia. They claimed the missiles had killed dozens, but the Saudi-led coalition fighting the Houthis said that it had intercepted and destroyed at least six missiles.

Last week, a drone attack caused a fire in a remote Saudi oil and gas field. The Saudi coalition has responded to the Houthi drone attacks with air raids on the group’s targets in Sanaa and other areas. Houthis control most urban centres in Yemen.

Yemen’s latest conflict broke out in late 2014 when the Houthis seized control of much of the country, including the capital Sanaa. The war escalated in March 2015 when a Saudi-UAE-led coalition launched a ferocious air campaign against the rebels in a bid to restore the internationally-recognised government of President Abd-Rabbu Mansour Hadi.

Riyadh has accused Tehran of supplying the Houthis with missiles and drones used in the attacks on Saudi cities, a charge both Iran and the group reject. The Houthis say they manufacture their own weapons and are fighting a corrupt system.

Since the start of the conflict, tens of thousands of civilians and combatants have been killed and as many as 85,000 children may have starved to death in what the United Nations has described as the world’s worst humanitarian crisis.