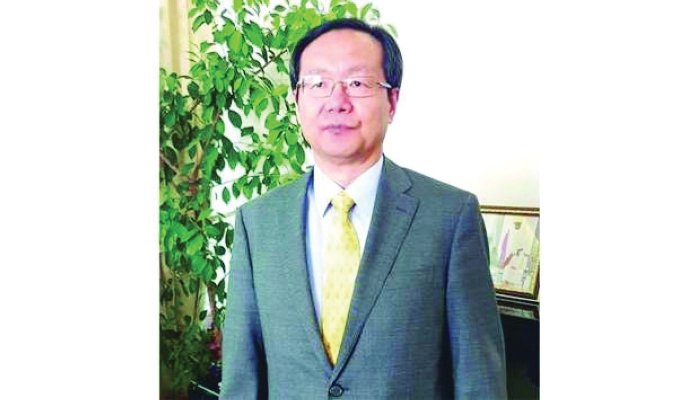 In a statement to Qatar News Agency (QNA), Ambassador of South Korea to Qatar said that FIFA Club World Cup Qatar 2020 was the safest sporting event ever, noting that there were safety concerns due to the coronavirus crisis, but the health system in Qatar succeeded in taking a set of active precautionary measures ensuring the safety and security of all participants in the event.

He added that he had to conduct a COVID-19 test before each of the Ulsan Hyundai FC matches, in order to enter the stadium and support the South Korean team during the tournament, pointing out that this gave him a feeling of safety and confidence in the procedures taken by the Qatari authorities to protect players and fans at the same time.

Korean Envoy explained that Ulsan Hyundai’s participation in the FIFA Club World Cup Qatar 2020 is the sixth for the Korean teams in the FIFA Club World Cup that includes continental champions annually, noting that Ulsan Hyundai FC qualified to participate in this world championship after winning the AFC Champions League title last December in Doha.

The envoy said that it is a great honor for a Korean team to participate and compete with world-class football teams in the FIFA Club World Cup, regardless of the results, affirming that it was a good opportunity for the Korean team to learn and improve its skills by competing with other champion clubs from all over the world.

He stressed that the Qatar has already shown the world its ability to host the most important major international football events with great success even in light of the current coronavirus pandemic crisis, similar to when it hosted the AFC Champions League and Club World Cup, stressing that he is fully confident that the 2022 World Cup in Qatar will be a new success story.

The South Korean ambassador stated that the successful hosting of the Asian Games in Doha in 2006 provided a good opportunity for Qatar to develop its infrastructure and the transportation network in general, adding that the 2022 FIFA World Cup will give Qatar another opportunity to leap forward in economic development and prosperity.

The envoy said that with the complete lifting of the three-and-a-half-year blockade, Qatar World Cup 2022 will surely become a festival for the entire Gulf Cooperation Council (GCC) and its success will greatly contribute to peace and prosperity in the Middle East and the entire Arab region.