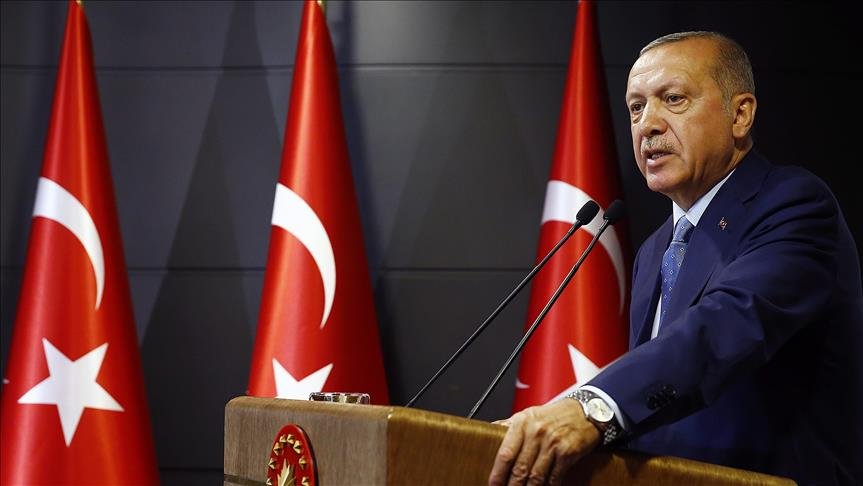 “Our nation has given me the duty of the presidency and executive power,” Erdogan told reporters in Istanbul citing unofficial results, which would make him Turkey’s first leader under a presidential system of governance.

He also said his ruling Justice and Development (AK) Party and the People’s Alliance – an alliance between the AK Party and the Nationalist Movement Party (MHP) – also secured a parliamentary majority, according to the unofficial results.

Erdogan underlined that ballot security and the freedom to vote were an expression of Turkish democracy’s power.

“Turkey has given lessons in democracy to the world with its almost 90 percent voter turnout,” he added.

The Turkish leader called on everyone to leave behind all election campaign arguments, tensions and resentments to focus on the country’s future.

According to unofficial results based on 98.11 percent ballots counted, Erdogan got 52.52 percent votes.