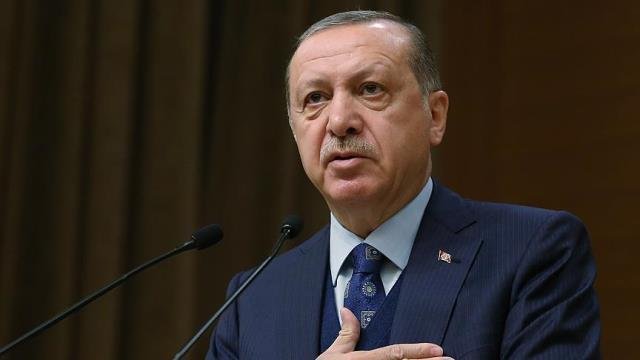 In an address to local headmen from across the country in the capital, Ankara, Recep Tayyip Erdogan said: “It is not a coincidence that those, who think it is a skill to be together with the tyrants at a period when Muslims are under attack and violence, target Fahreddin Pasha.”

“Where were your ancestors when our Fahreddin Pasha was defending Medina?” Erdogan asked

His remarks came after U.A.E. Foreign Minister Abdullah bin Zayed al-Nahyan retweeted a post on Twitter, which accused Fahreddin Pasha of committing crimes against the local population and theft of their property.

In the post, Turks are accused of stealing “most of the manuscripts of the Mahmudiyah library in the city” and sending them to Turkey.

“These are Erdogan’s ancestors and their history with Arab Muslims,” the tweet read.

Erdogan said: “It seems that you never knew about this [Turkish] nation, and Erdogan, and his ancestors.”

About the claims of theft, Erdogan stressed it was not stealing but “protecting the holy relics of the Prophet Mohamed from the invaders”.

Fahreddin Pasha sent the holy relics to Istanbul during the British invasion of Hejaz, Erdogan said and told how hard the Ottoman governor tried to protect the relics.

Topkapi Palace in Istanbul hosts the Chamber of the Holy Relics, which contains various relics of Prophet Mohamed, his companions, and other items associated with him.

Similarly, Erdogan said, during the Second World War the relics were also sent to some secret places outside Istanbul for safekeeping.

The issue was also on the agenda of Presidential Spokesperson Ibrahim Kalin, who on Tuesday tweeted:

“It is a shame that @ABZayed, FM of UAE, retweets this propaganda lie that seeks to turn Turks & Arabs against one another, again.

“It was Fahreddin Pasha who bravely defended Medina against the British plans then. Is attacking President Erdogan at all costs the new fashion now?”