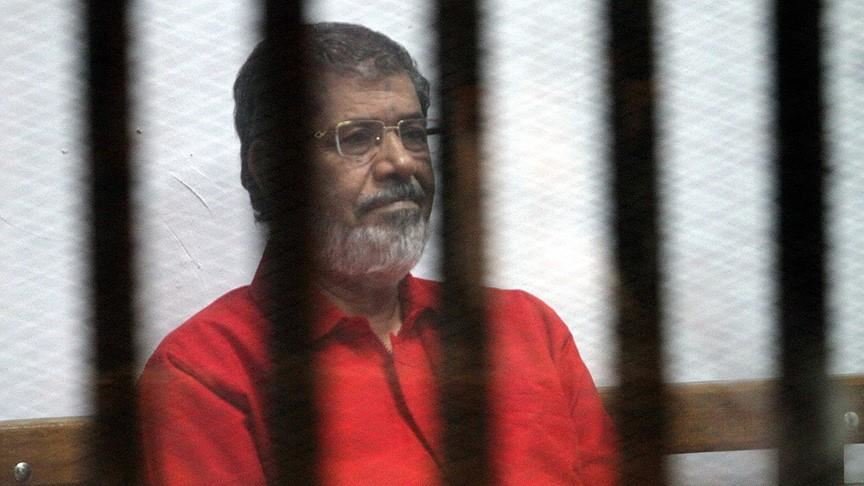 Morsi, 67, was subject to numerous trials on a host of charges since he was ousted and imprisoned in the 2013 military coup.

He faced six charges, including “jailbreak, murder, spying for Qatar, spying for Hamas and Hezbollah, insulting the judiciary and involvement in terrorism.”

The former president was given at least one lifetime sentence and was added to Egypt’s official “terror” list by the Abdel-Fattah al-Sisi regime, who led a military coup against him in 2013.

The court was expected to issue final rulings in two other cases against Morsi later this year.

In 2015, he received a death sentence for alleged escaping from prison during Egypt’s 2011 popular uprising. And then was convicted of “spying” for the Palestinian resistance movement, Hamas, for which he was sentenced to life behind bars.

Former President Hosni Mubarak, whose regime was brought down by the 2011 uprising, sparked controversy last December when he gave testimony that 800 Hamas gunmen snuck into Egypt during the uprising and helped break Muslim Brotherhood and Hamas members out of jail – claims the groups deny.

In 2016, the Court of Cassation also upheld a 20-year jail term against Morsi for the alleged murders of protesters in clashes that erupted outside the presidential palace during Morsi’s single year in power.

He was also slapped with a life sentence for “spying” for Qatar, along with three years behind bars for “offending Egypt’s judiciary.”

Since Morsi’s ouster in mid-2013, Egypt’s post-coup authorities have waged a relentless crackdown on dissent, killing hundreds of the former president’s supporters and throwing thousands in jail on “violence” charges.

What’s more, shortly after the coup, the Muslim Brotherhood was officially designated a “terrorist organization.”

Morsi and his co-defendants denied the charges they describe as “politically-motivated.”