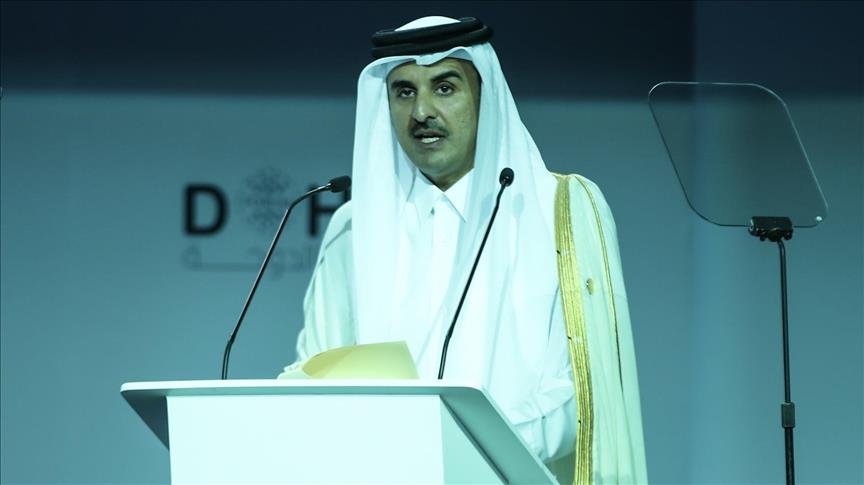 Qatari Emir Tamim bin Hamad Al Thani has affirmed that his country’s position regarding the ongoing crisis in inter-Gulf Arab relations has “not changed”.

In an opening speech delivered Saturday at the 18th Doha Forum, the emir reiterated calls to end the “siege” imposed on Qatar by a Saudi-led bloc of states (including Egypt, Bahrain and the United Arab Emirates), saying the crisis should be “resolved through dialogue”.

“Ongoing repression, tyranny and rights violations have become a threat to human security,” he asserted, adding that regional stability “must not be based on oppression and injustice”.

“The conflicts currently sweeping the world have produced regimes that fail to recognize human rights,” the emir said.

Organized by Qatar’s Foreign Ministry, the Doha Forum kicked off Saturday in the Qatari capital under the banner, “Shaping Policy in an Interconnected World”.

The event is being attended by a host of high-profile political, private-sector and civil-society figures, including Turkish Foreign Minister Mevlut Cavusoglu and Finance Minister Berat Albayrak.