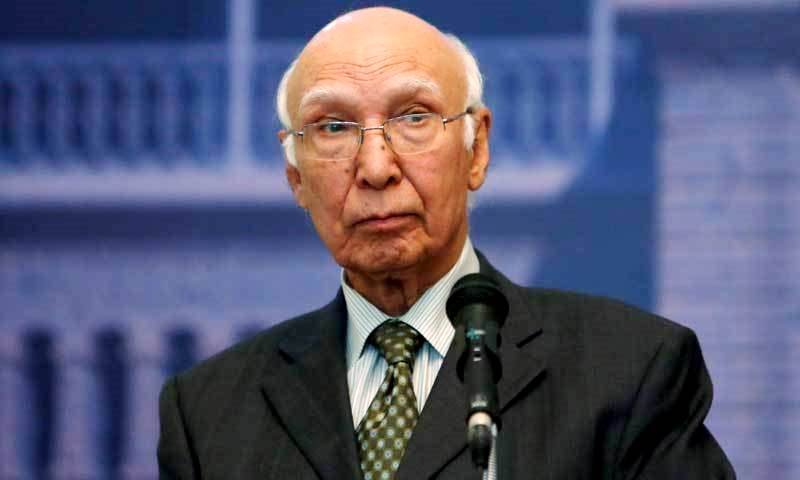 Two days after Adviser to the Prime Minister on Foreign Affairs Sartaj Aziz claimed that the Interior Ministry had in 2010 empowered the then ambassador of Pakistan in Washington, Hussain Haqqani, to directly issue diplomatic visas to Americans without clearance of relevant authorities, a document reveals the authorisation originated from the office of then prime minister Yousuf Raza Gillani.

“The Prime Minister has been pleased to decide that the Ambassador in Washington will be empowered, with immediate effect, to issue visas valid up to one year without Embassy having to refer each aforementioned visa applications to the concerned authorities in Pakistan. The Pakistan embassy in US would issue these visas under intimation to the Prime Minister’s office in Islamabad,” a letter issued with the signatures of the then Prime Minister’s Principal Secretary Nargis Sethi reads.

The date of the issue of the letter is July 14, which had perhaps mistakenly mentioned by Mr Aziz as the date of a letter issued by the interior ministry.

Then Interior Minster Rehman Malik’s spokesman has already denied issuance of any such letter by the interior ministry that time.

The letter reads: “Under the existing visa policy for official US visitors to Pakistan, the Ambassador in Washin­gton is empowered to issue entry visas for restricted periods to US officials who have been recommended in writing by the concerned US authority i.e the department of state and whose duly completed application forms, it is clearly indicated for what purposes they intend to travel to Pakistan.”

Mr Aziz had informed the Senate on Tuesday that the change in the policy had led to a quantum jump in the number of visas and 2,487 Americans had been issued diplomatic visas in just six months. He, however, left many questions unanswered and did not reveal who reversed the policy and when and even did not mention if it had been done at all.

20 January 2022 By Ashraf Siddiqui More than 7,000 books of different ...
END_OF_DOCUMENT_TOKEN_TO_BE_REPLACED