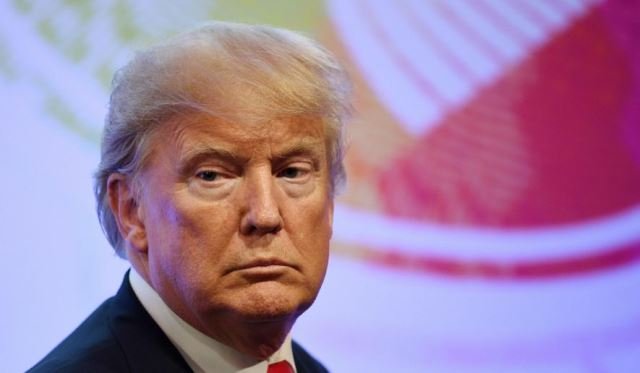 A handful of House Democrats officially introduced five articles of impeachment for President Trump Wednesday, accusing him of everything from breaking the Constitution’s Emoluments Clause to being mean in his tweets about the press.

Led by Rep. Steve Cohen of Tennessee, the Democrats say Mr. Trump has obstructed justice in his dealings with then-FBI Director James Comey, and his businesses are taking money that is illegal under two separate parts of the Constitution.

The lawmakers also said Mr. Trump has undermined the judiciary by using his pardon powers on former Sheriff Joe Arpaio, and that he’s undermined the press corps covering him by berating news outlets or calling them “fake.”

“It’s time for Congress to take action to stop this reckless and harmful behavior by removing Mr. Trump from office and to defend and uphold the Constitution of the United States,” Mr. Cohen said.

Every recent president has faced similar calls for impeachment, though President Bill Clinton and President Andrew Johnson remain the only ones to have been impeached by the House — and both were acquitted by the Senate.

The new charges brought by Democrats against Mr. Trump are a mixture of serious and weird.

Democrats also say Mr. Trump is violating the Constitution because his business empire is collecting money from government agencies for services performed — such as the Secret Service renting golf carts on Trump properties.

That behavior is similar to former Vice President Joseph R. Biden, who charged the Secret Service rent to use a cottage on his Delaware waterfront property while they were guarding him. Mr. Biden did not face similar calls for impeachment over that arrangement.

Democrats also said Mr. Trump was guilty of trying to subvert the First Amendment by being mean to the press, including linking online to a video showing himself wrestling a man covered in a CNN logo.

The Republican National Committee said the impeachment push was a sign of the lack of an agenda on the part of Democrats.

“House Democrats lack a positive message and are completely unwilling to work across the aisle, so instead they’ve decided to support a baseless radical effort that the vast majority of Americans disagree with,” said Michael Ahrens, a spokesman for the RNC.