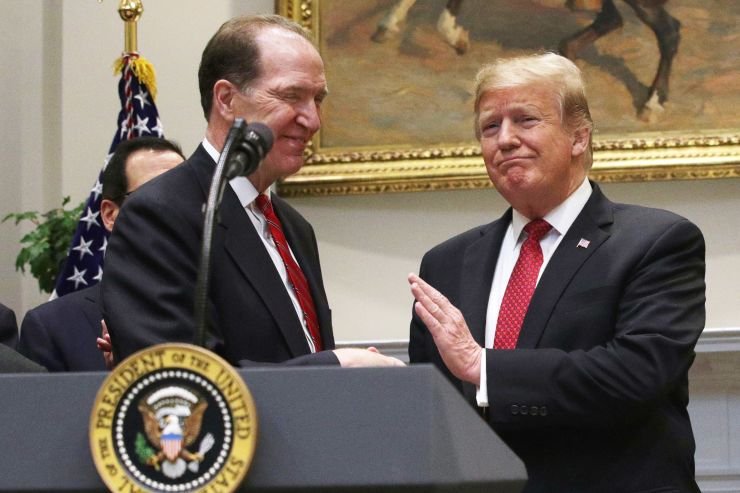 Malpass, 63, was chosen by U.S. President Donald Trump in early February as the U.S. candidate for the post, and has secured approval from the World Bank’s board after a campaign without competition.

The Board expressed its deep gratitude to Interim President Kristalina Georgieva for her dedication and leadership in recent months, the World Bank Group said in the statement. Former World Bank chief, Jim Yong Kim, abruptly announced his resignation in early January.

Candidates picked by the United States, the World Bank’s largest shareholder with 16 percent of its voting power, have all ended up assuming the leadership post since the institution’s inception in 1944.