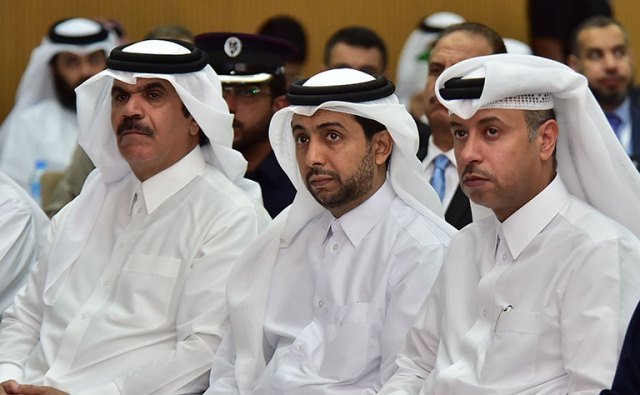 Two days long International Conference on “Terrorism and Methods of Tackling It” kicked off in Doha. It is organised by College of Sharia and Islamic Studies, Qatar University on Sunday. A number of scientists, intellectuals and academics from Qatar and abroad participating in the conference.

It is aimed to better understanding the concept of terrorism from a scientific perspective, ensuring separation between science and ideology in the approach of the terrorism issue and shedding light on the intellectual, political, and social dimensions of this issue. The conference also seeks to develop a strategic plan to dry up the sources of terrorism in order to isolate it and protect the Arab nation and its culture.

Dr. Issa bin Saad Juffali Al Naimi, Minister for Administrative Development, Labour and Social Affairs highlighted the importance of the conference specially in current situation when extremism has taken the shape of terrorism and “Islamophobia.”

Speakers stressed on the importance of the role being played by elites and educational institutions to face such issues and challenges.

Dr. Hassan Rashid Al-Derham, President of Qatar University elaborated the objectives of conference to explore intellectual, educational and cultural views and experiences so to give clear visions to activate the tolerant Islamic values in the study plans, educational methods and curricula, and cultural education.

He said that the conference would detect problems facing the nation, especially extremism, intolerance, fanaticism, hatred, “Islamophobia” and terrorism issues.

Ar. AlDerham noted the importance of capacity building to form a new awareness for the new generation of intellectual on social security values and the need for peaceful co-existence in human society.

He called on the participants to come up with a plan and a process to be implemented by top scientists, thinkers and researchers known for their moderation to confront the sources of hatred and intolerance.

Abdelfattah Mourou, First Vice President, Republic of Tunisia’s Assembly of the Representatives of the People, stressed the role being played by scientists, thinkers and educational institutions in building the minds of the nation through the curriculum, strengthening its presence, removing its alienation and changing its reality to fully play its role.