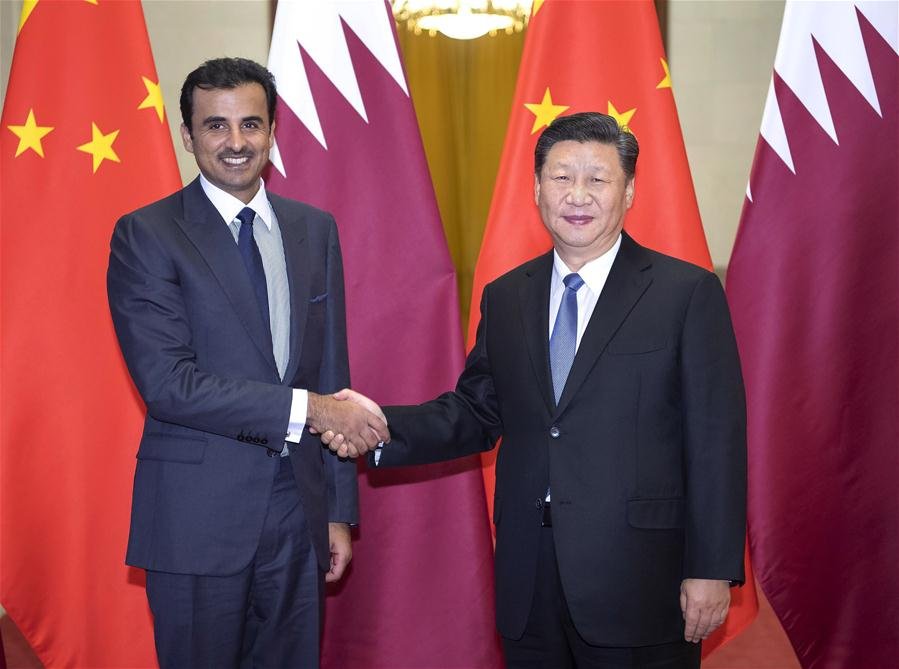 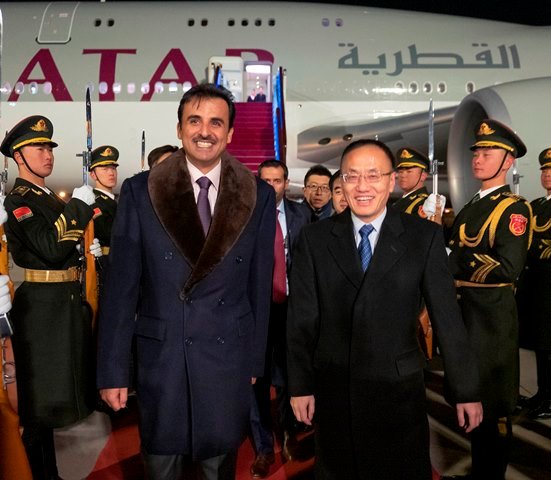 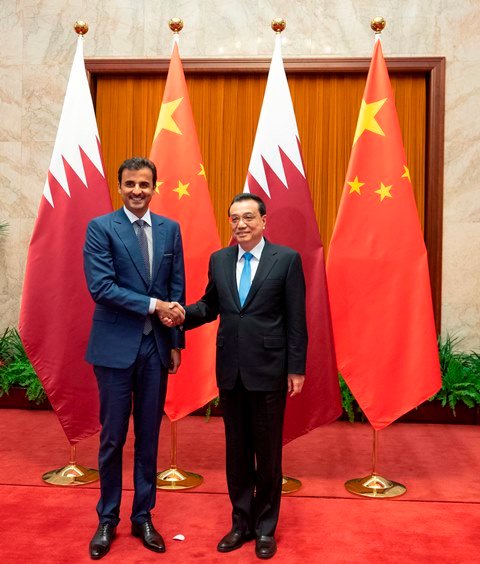 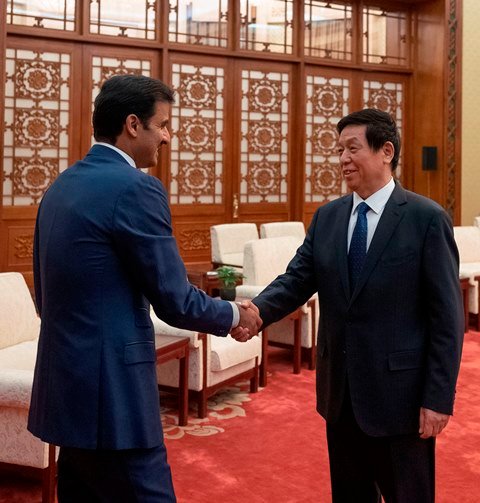 Xi recalled the establishment of the strategic partnership between the two countries in Beijing in 2014, saying that many consensuses reached at that time on developing bilateral relations were being implemented in joint efforts, which had brought tangible benefits to the two peoples.

China is willing to enhance communication with Qatar to deepen political mutual trust, Xi said, adding that China supports Qatar in exploring its development path suitable to its own conditions.

Xi called on the two sides to further synergize their development strategies and jointly build the Belt and Road Initiative.

Regarding people-to-people exchange, Xi called on the two sides to advance cooperation in such areas as tourism, culture, sports and media, especially by supporting each other in hosting the 2022 Beijing Winter Olympic Games and the 2022 World Cup in Qatar.

Noting the significance of regional cooperation and stability in the Gulf for the prosperity of the region, Xi voiced China’s support for appropriately addressing differences and contradictions through political and diplomatic means, and within the Cooperation Council for the Arab States of the Gulf (GCC) and the Arab frameworks, in order to resume unity and harmony among the Gulf states.

The Chinese side stands ready to continue playing a constructive role in accordance with the wish of the GCC countries, Xi told the emir of Qatar.

Hailing the rapid development of the bilateral ties, Tamim said the Qatari side was confident of the Chinese economy.

As one of the earliest countries that had responded to the Belt and Road Initiative, Qatar looks forward to cooperating extensively with China in energy, investment, technology, infrastructure construction and other sectors, Tamim said.

Tamim spoke highly of the performance of Chinese enterprises in Qatar, and welcomed Chinese companies’ investment in the Gulf country. The Qatari side is committed to enhancing cultural, tourism and media exchanges with China.

Lauding China’s constructive stance in multilateral affairs as well as in the Middle East and Gulf issues, Tamim said the Qatari side was willing to strengthen communication and coordination with China, and deepen cooperation with the Chinese side to fight terrorism and extremism.

After the talks, the two heads of state attended a ceremony of the signing of cooperation documents between the two countries.

Prior to the talks, Xi held a ceremony to welcome Tamim at the Great Hall of the People.