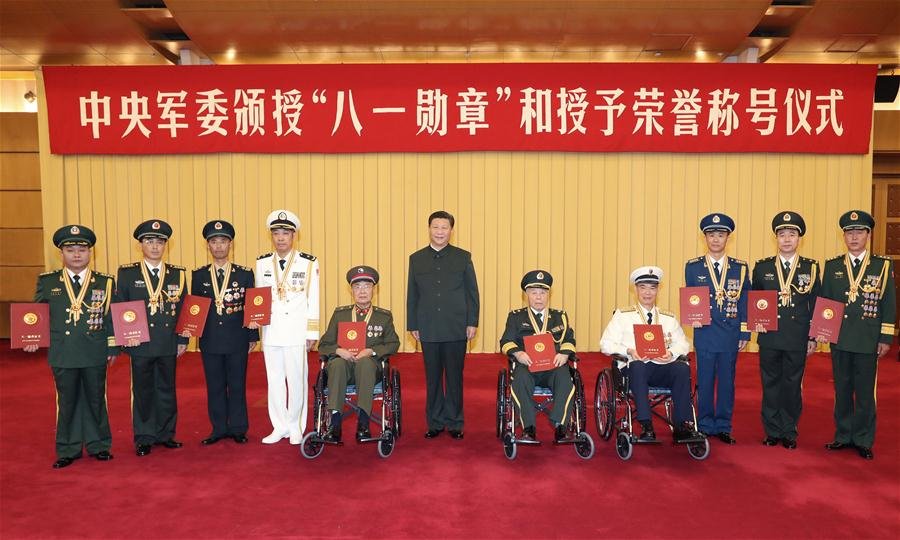 China will hold a military parade at Zhurihe training base in north China’s Inner Mongolia Autonomous Region at 9:00 a.m. Sunday, in celebration of the 90th birthday of the Chinese People’s Liberation Army (PLA).

Xi Jinping, General Secretary of the Communist Party of China Central Committee, state President and
Chairman of the Central Military Commission, will inspect the troops and deliver an important speech.

The event will be broadcast live by the China National Radio, China Central Television and China Radio International.

The PLA has come a long way since its birth during the armed uprising in the city of Nanchang on August 1, 1927, when it had only 20,000 soldiers.

Besides the growth in numbers, the PLA has armed its soldiers with world-class equipment.

As of June 2017, the Chinese military had participated in 24 UN peacekeeping missions, sending 31,000 personnel, 13 of whom lost their lives in duty, according to the MND’s “PLA Today” video.

Since 2008, the Navy has dispatched 26 escort task force groups, including more than 70 ships for escort missions in the Gulf of Aden and off the coast of Somalia. More than 6,300 Chinese and foreign ships have been protected during these missions.