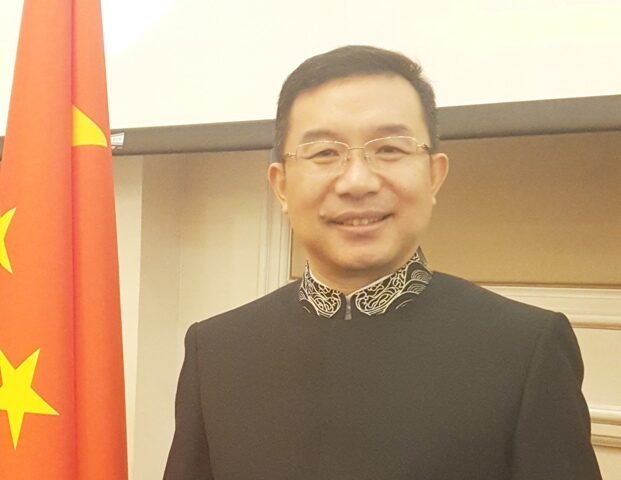 AMBASSADOR of China to Qatar, HE Zhou Jian has lauded the leadership of Kuwait for its efforts on the recent positive signals from various quarters towards ending the blockade of Qatar by four countries.

The ambassador said,“We have noticed recently a statement issued by Kuwait’s Foreign Minister stating that important progress has been made in resolving the three-year-long Gulf crisis. China welcomes this progress and highly appreciates the mediation efforts of Kuwait.”

He said, as a reliable friend of Arab states, “the least China wants to see is quarrels among brothers”. “What we wish to see is unity among Arab countries. China always believes that all parties could resolve their differences in an Arab way, with-in the framework of the GCC and in accordance with the UN Charter and international relations norms, abandon their previous rifts and reconcile with each other at an early date,” the envoy said.

He said that over the past three years, Qatar has always upheld the principle of dialogue and consultation, and has been handling the crisis with calm and wisdom, over-coming numerous difficulties and challenges. “Qatar has successfully safeguarded its national sovereignty, independence and dignity, and protected the sound momentum of social stability, economic development as well as people’s normal life, while continuing the endeavour in economic diver-sification. We highly appreciate these achievements,” he said.

Ambassaor Jian said,“China believes that the Gulf states have the wisdom and capability to take the current progress as an opportunity to meet each other halfway with sincerity, stay committed to resolving their disputes through dialogues as soon as possible, so that the people of Gulf can reunite again, the flow of commodities restored and the vitality of the GCC revived.”

The diplomat said that China firmly opposes using the crisis for political gains, and is willing to continue to play a constructive role in promoting peace and stability in the Gulf region.

Talking about China’s cooperation with the Gulf states, he said, “China is an important strategic partner of the GCC. We have kept close ties with the GCC and its member states. Our two sides offer each other understanding, support on issues of core interests and major concerns, and enjoy fruitful cooperation in energy, trade and cultural exchanges.”

About China-Qatar bilateral relations, Ambassador Jian said that in the first nine months of this year, China’s exports to Qatar increased by 10 percent year-on-year, making China the largest trading partner of Qatar. “China and Qatar have signed a contract worth $3 billion for the construction of LNG ships. Q-MAX, the world’s largest LNG carrier, made its maiden voyage to Tianjin in China. Last week, we have signed a contract to export 2,817 buses for the eco-friendly transportation project of Qatar’s World Cup,” he added.