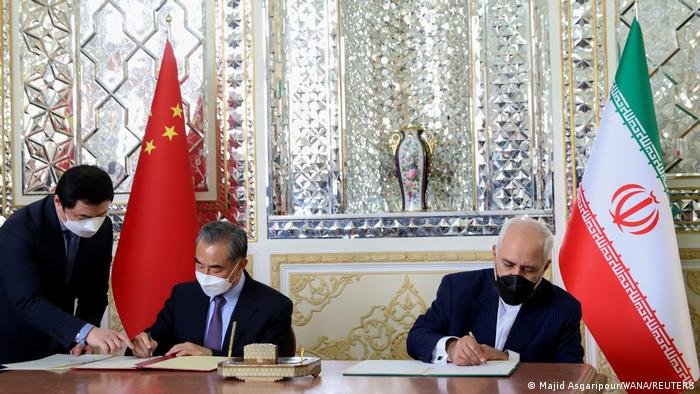 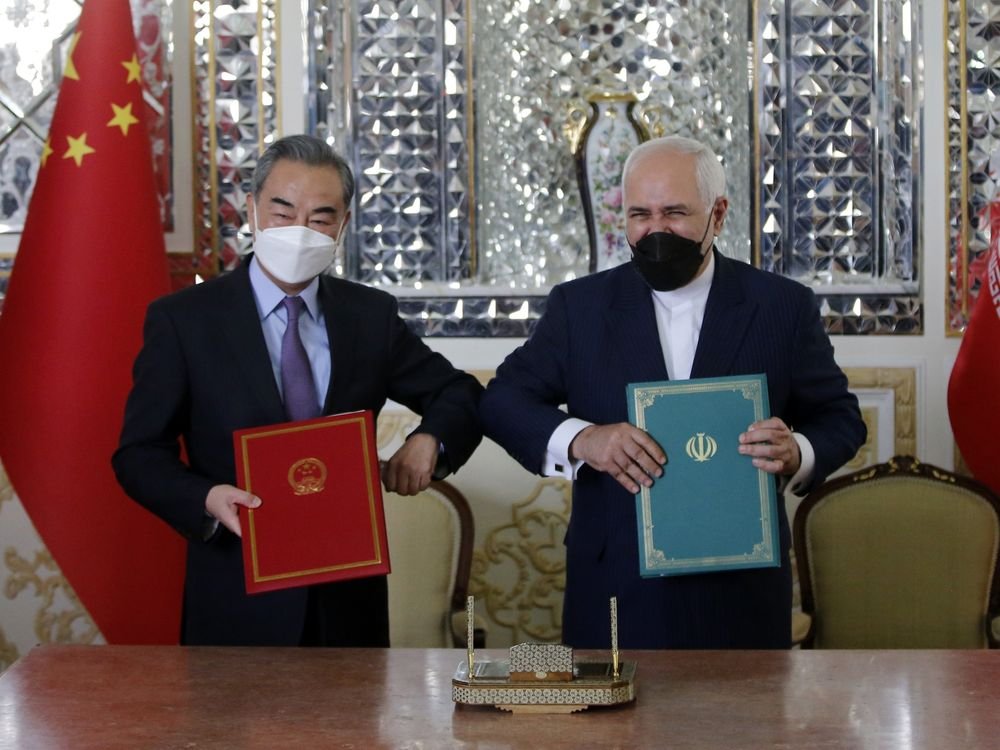 China and Iran signed an overarching deal aimed at charting the course of their economic, political and trade relations over the next 25 years. The Chinese government plans to invest in Iran and buy oil from the Islamic Republic, further straining ties with the U.S. already frayed by China’s imports of covertly-shipped Iranian crude.

The “Comprehensive Strategic Partnership” agreement, signed in Tehran on Saturday by Iranian Foreign Minister Mohammad Javad Zarif and his Chinese counterpart, Wang Yi, has been in the works since 2016, when President Xi Jinping became the first Chinese leader to visit the Iranian capital in over a decade.

Beijing’s alliance with Tehran is a challenge to U.S. President Joe Biden’s administration as it sets about trying to rally allies against China, which Secretary of State Antony Blinken has said is the world’s “greatest geopolitical test.”

“The document can elevate bilateral ties to a new strategic level,” Foreign Ministry spokesman Saeed Khatibzadeh said in a televised interview. The deal focuses on boosting private-sector collaboration and Iran’s role in Xi’s flagship infrastructure and investment program, the Belt and Road Initiative, he said.

However, the pact drew criticism from many Iranians on social media who accused President Hassan Rouhani’s government of “selling” Iran to China, prompting several of his aides to defend the deal on Twitter.

A draft copy of the accord that surfaced on media last year showed plans for long-term supply of Iranian crude to China as well as investment in oil, gas, petrochemical, renewables and nuclear energy infrastructure.

Lured by the prospect of cheaper prices, China has already increased its imports of Iranian oil to around 1 million barrels a day, eroding U.S. leverage as it prepares to enter stalled talks with Tehran to revive a nuclear deal.

The Biden administration has indicated that it’s open to reengaging with Iran after then-President Donald Trump abandoned the accord nearly three years ago and reimposed economic sanctions, but the two sides have yet to even agree to meet. Iran exported around 2.5 million barrels of oil a day before American penalties resumed.

Iran’s closer integration with China may help shore up its economy against the impact of the U.S. sanctions, while sending a clear signal to the White House of Tehran’s intentions. Wang Yi, who arrived in Tehran on Friday, also met with Rouhani to discuss the nuclear deal.

In a televised speech, Rouhani raised the prospect of restrictions being eased before the end of his second and final term as president in early August.

“We’re ready for the lifting of sanctions,” he said on Saturday. “If obstacles are removed, all or at least some sanctions can be lifted.”