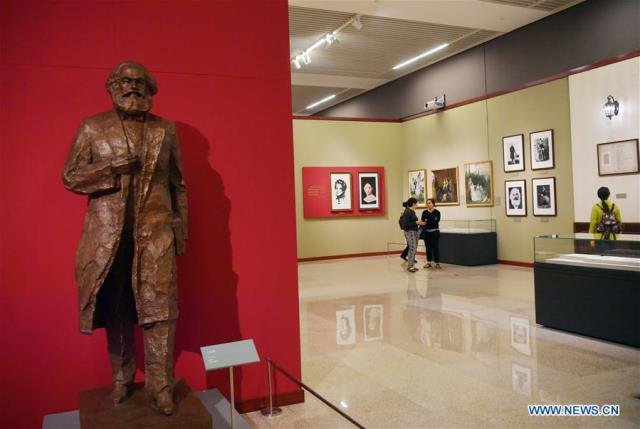 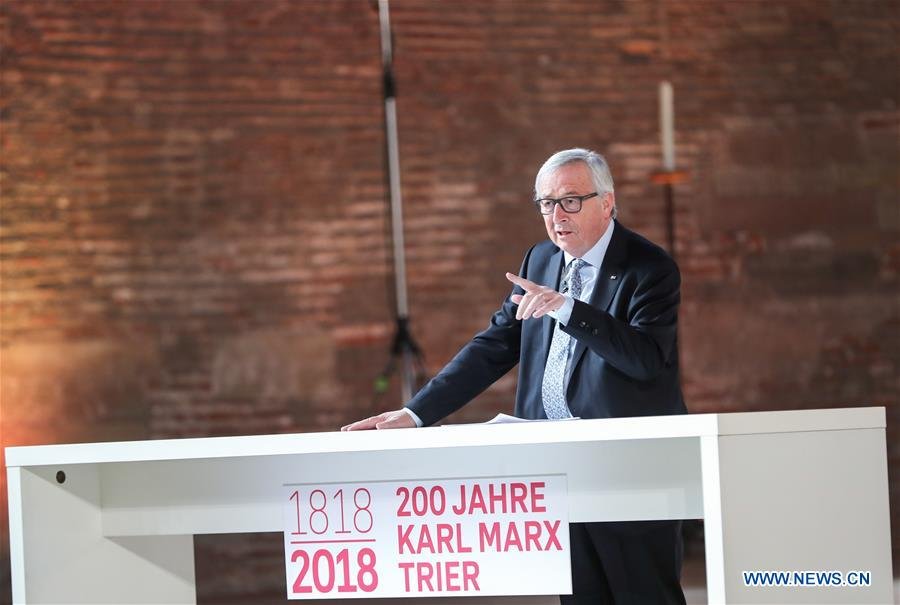 China is reflecting on Marxism as the country observes the 200th anniversary of Marx’s birth Saturday, when the Second World Congress on Marxism opened in Peking University, where Marxism started to spread in China.

More than 120 Marxist scholars from 30 countries gathered at the university and shared their ideas on Marxism.

The first World Congress on Marxism was held in the university in 2015.

“Marx was a giant thinker, not for the 19th century, but even more for understanding our contemporary times,” said Egyptian economist Samir Amin at the congress, set to conclude Sunday. “No other attempt to develop an understanding of society has been as fertile.”

The development of China in recent decades is a remarkable example of how only the creative adaptation of Marxism to specific national conditions can solve the great problems of contemporary societies, said Emir Sader of Rio de Janeiro State University.

“China’s successes in this direction are a central reference for other nations to face their problems, not only from the results achieved by China but also by the need of each nation to apply Marxism appropriately to its own conditions,” Emir said.

During the congress, scholars are expected to discuss topics including Marxist theory and global cooperation and governance, Chinese philosophy, China’s modernization.

Marxism also got the nation thinking, as a series of activities were held to mark 200th anniversary of Marx’s birth.

On Saturday morning, the site of the first National Congress of the Communist Party of China (CPC) in Shanghai was full of visitors eager to catch a glimpse of the first Chinese translation of The Communist Manifesto.

“Marxism lit the way for the entire humankind, and now in this new era, Marxism combined with the reality in China still gives us the strength to strive forward,” said Xu Ming, deputy curator of the site-based museum. “We should apply the scientific principles and spirit of Marxism in our great causes and dreams.”

Gulufuhaali Abduwali, a Uygur student at Xinjiang Normal University in northwest China’s Xinjiang Uygur Autonomous Region, said that he is an enthusiastic participant in classes on Marxism. He particularly remembers his experience of visiting Jinggangshan, the heartland of the CPC’s early revolutionary activities in east China’s Jiangxi Province.

“I was thrilled to see how Chairman Mao led the Red Army towards victory with Marxism as his belief,” he said. “Step by step, they laid a solid foundation for a good life for the future.”

Gulufuhaali said he wants to become a college teacher.

“I want to help ethnic students understand the essence of Marxism so as to make contributions to our country, and to the stability of Xinjiang,” he said.

On Friday, a grand gathering was held in Beijing to pay tribute to the “greatest thinker” of history. The People’s Daily hailed Marxism’s crucial role in China’s modernization in an editorial. “While the world has come to a crossroads, China is unfazed… Marxism is key to China’s stability and development,” it said.

The National Museum of China on Saturday opened an exhibition to mark the 200th anniversary of Karl Marx’s birth.

The exhibition was sponsored by the Publicity Department of the Communist Party of China (CPC) Central Committee, a history research institute under the department and China Federation of Literary and Art Circles.

The exhibition will run for three months.

In Trier, Germany, hometown of Karl Marx, celebrating 200th birth anniversary of the thinker, an exhibition was opened on Friday.  Addressing on the occasion, European Commission President Jean-Claude Juncker said that Karl Marx was a forward-looking philosopher and his works changed the world.

Karl Marx was a philosopher, who thought into the future had creative aspirations, said Juncker at Trier’s historical Constantine Basilica, when delivering a speech for the opening ceremony of the Karl Marx exhibition held by the German state of Rhineland-Palatinate and Trier City.

Juncker added that his works, like the Das Kapital and the Communist Manifesto, had changed the world, and inspired the people widely.