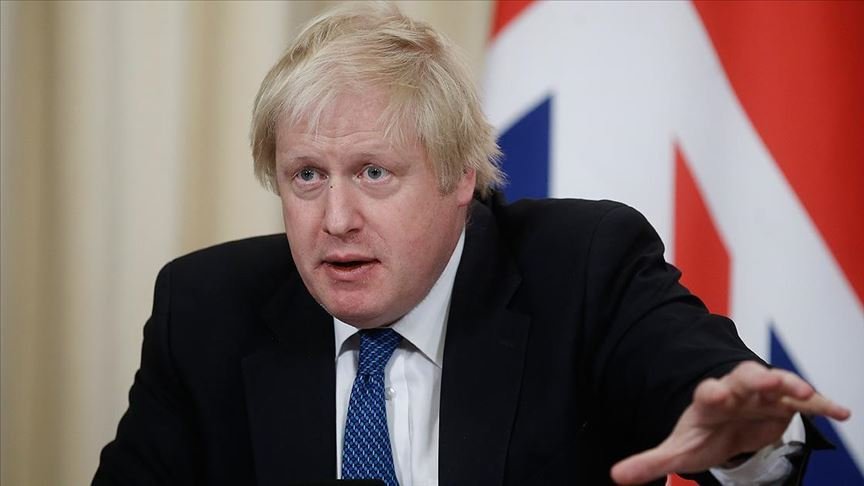 Boris Johnson on Tuesday was chosen as the U.K.’s next prime minister and head of the Conservative party, beating his rival Jeremy Hunt.

Johnson secured 92,153 votes from the membership of the Tory party, defeating Hunt, who got 46,656. Johnson was widely expected to win.

The controversial former foreign secretary had faced down a number of rivals, including Home Secretary Sajid Javid, Environment Secretary Michael Gove, former Secretary of State for Work and Pensions Esther Mcvey, and former Leader of the House of Commons Andrea Leadsome before besting the current foreign secretary in the final.

“And today, at this pivotal moment in our history we again have to reconcile two sets of instincts between the deep desire for friendship and free trade and mutual support and security between Britain and our European partners and the simultaneous desire, equally deep and heartfelt for democratic self-government in this country,” Johnson said in his victory speech.

“I know there will be people around the place who will question the wisdom of your decision and there may be even some people here who will wonder what they have done and I would like to point out to you that nobody, no one party no one person has a monopoly of wisdom,” he added.

The former foreign secretary praised his party for being at the vanguard of delivering its promises to the U.K. public for over 200 years, saying he would continue this tradition as its leader and the nation. Furthermore, he rejected claims that the new prime minister faced a daunting task in dealing with the country’s departure from the EU, expressing faith in his party and country.

“We know the mantra of the campaign that has gone by, it is ‘deliver Brexit, unite the country and defeat Jeremy Corbyn’,” Johnson said, adding: “I know that some wag has already pointed out that ‘Deliver, Unite and Defeat’ wasn’t the perfect acronym for an election campaign as it spells ‘DUD’, but they forgot the final E which is ‘Energize’ and I say to all the doubters ‘DUDE’! we are going to energize the country.”

Johnson said the U.K. was a slumbering giant that would awaken to improve education, infrastructure and law enforcement, and provide high-speed internet in every household to “work flat out” with his team to build a united country.

Reacting to Johnson’s triumph, leader of the opposition Labour party Jeremy Corbyn pointed out that the new prime minister had won the support of an unrepresentative group of less than 100,000 Tory members due to his promise of tax cuts for rich businesses and for forcing a no-deal Brexit agenda.

“Boris Johnson has won the support of fewer than 100,000 unrepresentative Conservative Party members by promising tax cuts for the richest, presenting himself as the bankers’ friend, and pushing for a damaging No Deal Brexit,” Corbyn said, adding that he had not won the “support of the country”.

Corbyn warned that Johnson’s no-deal Brexit would lead to job cuts, inflation and the privatization of the National Health Service. He urged that a general election be held to give power back to the people who should have the final say on who leads them.

The Tory membership, numbering 160,000, voted for the new prime minister on Monday capping a seven-week contest between Johnson and Hunt.

The new prime minister, however, will face an uphill struggle in finding a solution to the national crisis wrought by Brexit. With an incredibly thin majority in parliament, the new Tory leader will find it incredibly difficult to pass legislation, let alone a new Brexit deal that will appeal to all opposition parties including Labour.

Johnson has voiced favor for a no-deal Brexit, despite experts’ warning that doing so would deal a heavy blow to the British economy.