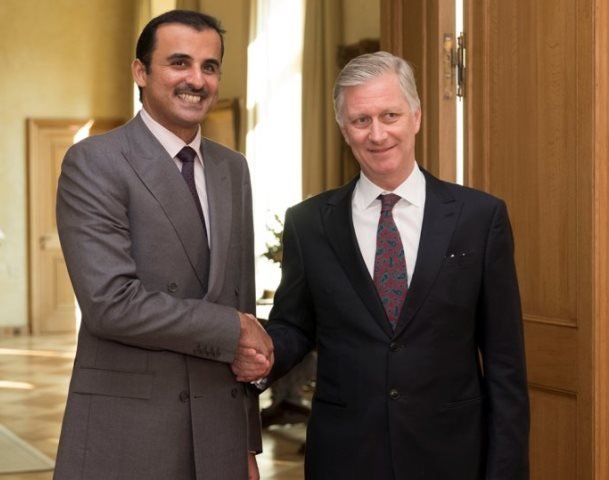 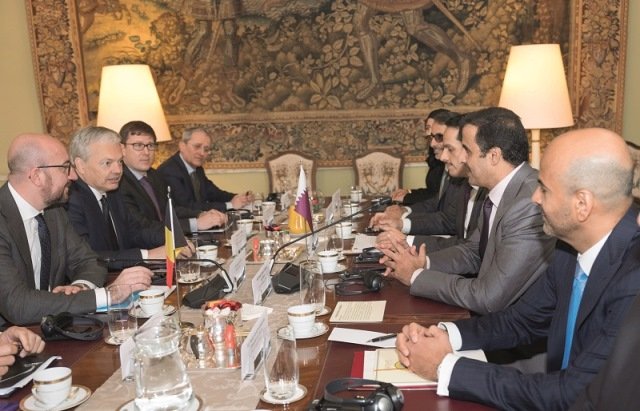 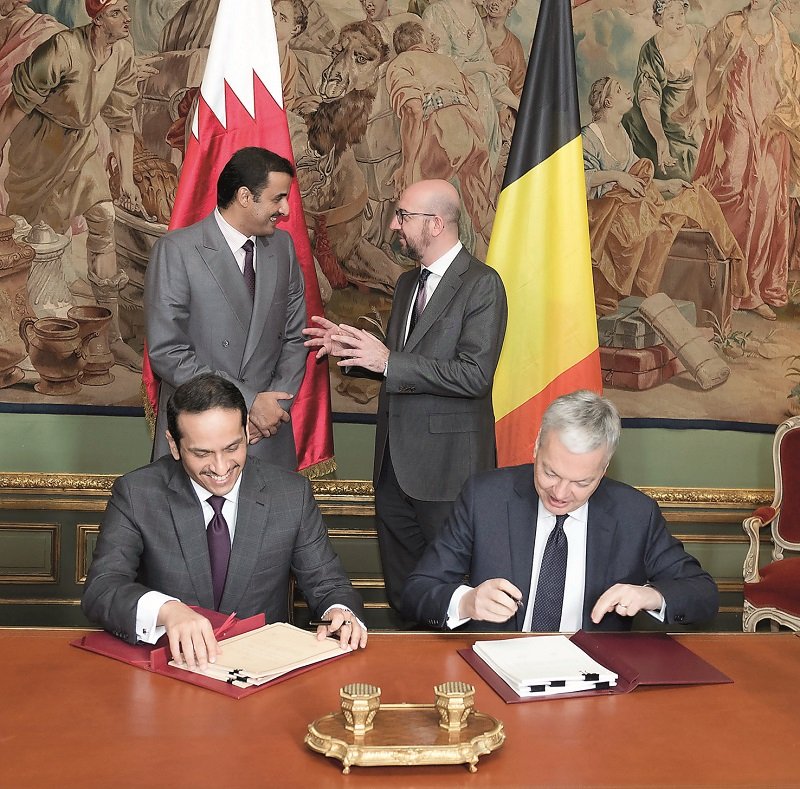 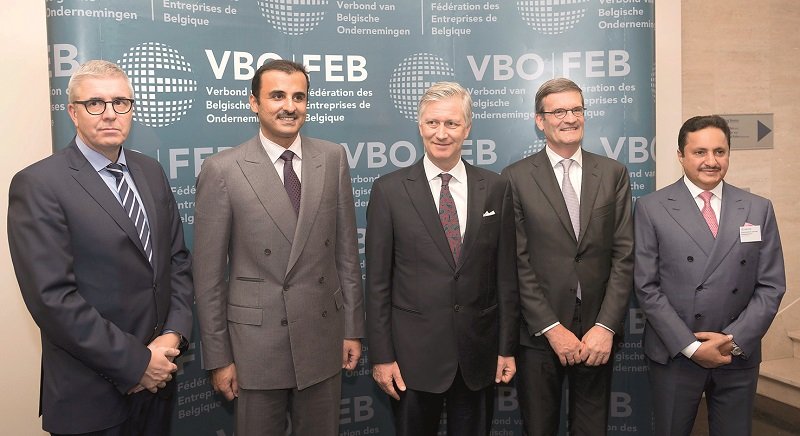 Emir of Qatar Sheikh Tamim bin Hamad Al-Thani spent a busy day during his official visit to Kingdom of Belgium on Tuesday. He met King Philippe of Belgium at the Royal Palace of Brussels. They discussed on various issues of common interests.

Later, both the leaders met members of Qatari delegation and  Belgian business community members  at the Union’s premises in Brussels. Both the leaders exchanged views with the businessmen on opportunities of enhancing economic cooperation, trade exchange and investment between the both friendly countries.

The event was organised by Ministry of Economy & Commerce of Qatar and Qatar Chamber of Commerce in collaboration with Belgian Company Union.

Emir of Qatar, Sheikh Tamim bin Hamad AlThani was accorded Guard of Honour on arrival at the Cabinet’s Headquarters at Egmont Palace in Capital, Brussels. He was received by Charles Michel, Prime Minister of Belgium.  Both held a round of official talks along with members of their delegations.

Belgian Prime Minister welcomed Emir of Qatar and accompanying delegation. He expressed his delight on the visit of Emir of Qatar and said it will enhance bilateral relations between the two friendly countries.

Emir of Qatar paid his thanks on the invitation to visit Belgium and said that will help in developing bilateral relations in different fields. Both sides discussed means of boosting mutual cooperation in the fields of energy, economy, investment, culture, sport and health.

They also exchanged views on regional and international developments, particularly the current challenges in the Middle East and Europe, notably the phenomenon of terrorism and means combating and uprooting it as well as eliminating its sources of financing.

The meeting was attended by members of the Qatari delegation as well as Ministers and senior officials of Belgium.

Emir of Qatar Sheikh Tamim bin Hamad Al-Thani and Prime Minister of Belgium, Charles Michel also witnessed signing of two agreements between both countries. One agreement was in regards to Air Services agreement that facilitates the operation of commercial flights between the two countries. The agreement includes granting the rights to designated carriers to operate from and to the two countries, aviation security, and other articles that facilitate the operation between the two parties for carriers.

Another agreement was on academic and research cooperation between two universities, Qatar University and the University of Hasselt in the Kingdom of Belgium. It also covers exchange of experiences and bilateral visits of researchers, students and faculty members.

Emir of Qatar, Sheikh Tamim bin Hamad AlThani visited Belgian parliament. On arrival, he was received by  Christine Defraigne, President of Senate of Belgium and Jifred Prabki, Speaker of House of Representatives. Present on the occasion were a number of Belgian parliamentarians.

They reviewed a number of issues of mutual interest, especially the prospects for cooperation between the two countries, in addition to the latest regional and international developments.