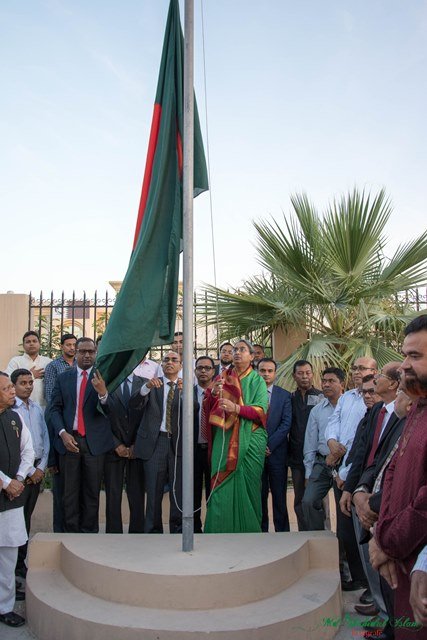 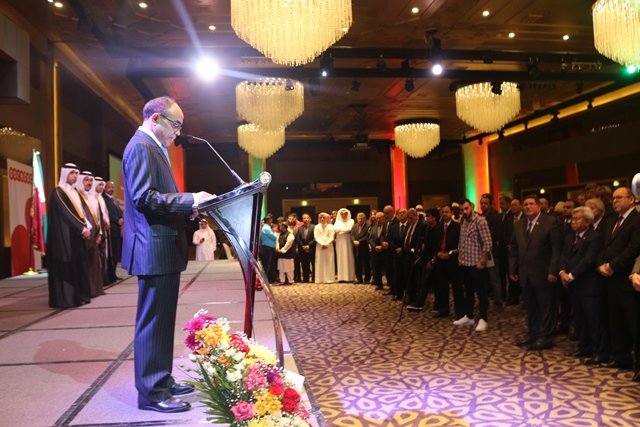 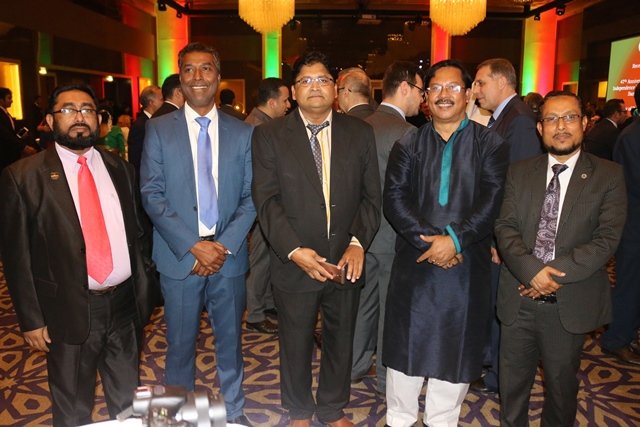 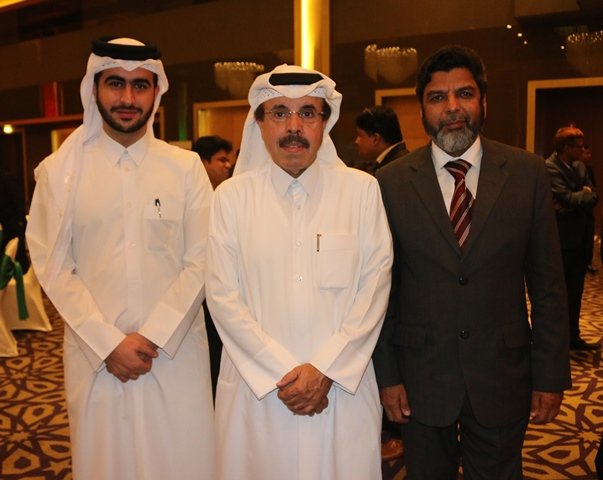 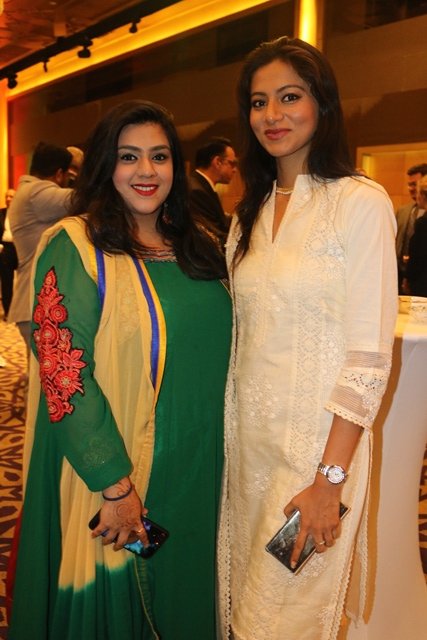 The Embassy of Bangladesh in Doha observed it’s 47th anniversary of Independence and National Day last Monday starting celebrations from flag hoisting at the embassy premises at sun rise.

Present on the occasion were visiting Chairman of Parliamentary Standing Committee on Ministry of Foreign Affairs and former Foreign Minister of Bangladesh Dr. Dipu Moni, MP and the Ambassador of Bangladesh to Qatar Ashud Ahmed, Embassy officials and large number of expatriate Bangladesh nationals.

After the flag hoisting, special prayer were offered for the eternal peace of the departed souls of the Father of the Nation Bangabandhu Sheikh Mujibur Rahman as well as for the continued peace and prosperity of the country.

The messages from President, Prime Minister, Foreign Minister and Minister of State for Foreign Affairs of Bangladesh were read out.

A discussion meeting on the significance of the Day was arranged at the Embassy premises after the flag hoisting and munajat.

In his speech Ambassador Ashud Ahmed recalled the Father of the Nation Bangabandhu Sheikh Mujibur Rahman for his unique role in the process of liberation of Bangladesh. Addressing to the expatriate community he said that Bangladesh is now graduating from LDC status to the developing nation. He reminded them that traditionally Bangladesh is sending unskilled workers and the need for these unskilled workers in Qatar is likely to be reduced after the 2022 World Cup in Doha. We all have to look for the sectors where skilled workers can find jobs.

He said that we are also taking initiatives to explore other sectors like trade, investment and business. The Embassy is also working to enhance Bangladesh-Qatar bilateal relations through high level visits from both sides, he added.

A program was also arranged at the Bangladesh MHM School & College, Doha, under the patronage of the embassy. Ambassador of Bangladesh hoisted the National Flag and inaugurated the event. In his speech he encouraged the students to devote themselves to pursue their studies to become worthy citizens by taking forward the country and materialize the dream of Bangabandhu.

Ambassador Ashud Ahmed paid his gratitude to the leadership of State of Qatar for providing working opportunities to 400,000 Bangladesh community members thus taking care of needs of their dear ones. He lauded and regarded ‘Excellent’ relations between both the brotherly countries in all sectors including economic and defence sectors.

A cake cutting ceremony was held after Bangladesh address to the guest followed by a stage performance of traditional dances by 15 students, 2 boys and 13 girls from Bangladesh School Doha