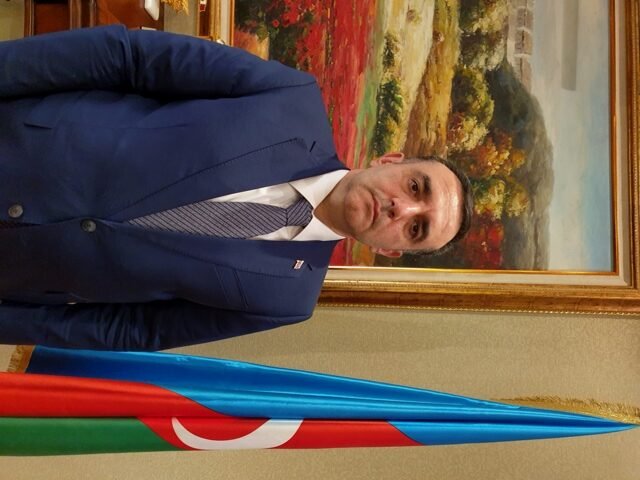 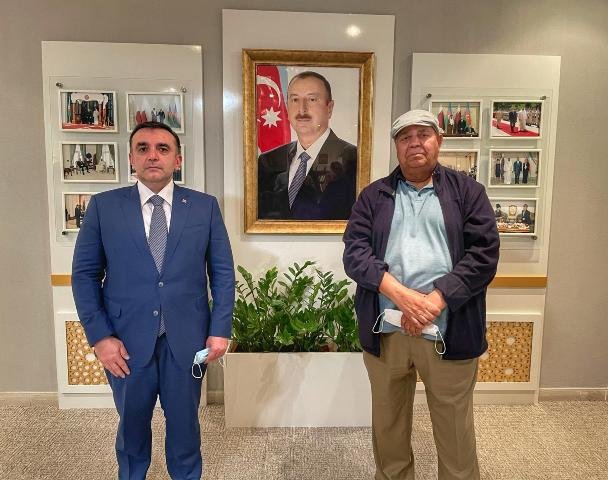 Ambassador Rashad Ismaylov, ambassador of Azerbaijan to State of Qatar has paid his gratitude to all those countries stood with his country on the issue of Karabakh and supported in achieving of liberation from the occupied forces. He thanked specially the role of media on highlighting and covering widely.
He said that Azerbaijan has restored its territorial integrity on some of it’s parts during the recent Second Karabakh War and brought an end to the long-lasting occupation. He said that government of Azerbaijan is working speedily for the rehabilitation of the people of liberated land and reconstruction of it’s completely destroyed infrastructure.
Talking in an exclusive interview with www.asiantelegraphqatar.com, he said that Azerbaijan will be marking 29th anniversary of the Khojaly genocide on Friday (Today), the most tragic page of the First Karabakh War. Giving a brief of the incident, he said that town of Khojaly located in Nagorno-Karabakh region in Azerbaijan was surrounded and bombarded on 25th-26th February 1992 and brutally mutilated, burnt, beheaded around 613 fleeing innocents including women and elderly.
He said that International courts and organizations have recognized the gravity of the atrocity in Khojaly. Committee of Ministers of the Council of Europe just a few weeks after the heinous crime on 11th March 1992 in a declaration expressed deep concern and condemned the violence on civilian population. In another development, in its judgement of April 22, 2010, the European Court of Human Rights qualified the behavior of those carrying out the incursion as “acts of particular gravity which may amount to war crimes or crimes against humanity”. .
Ambassador of Azerbaijan said that so far, the national legislative bodies of 17 countries, as well as 24 States of the USA have adopted resolutions and decisions condemning the massacre of civilians in Khojaly and assessing it as a crime against humanity. At the same time, the Organization of Islamic Cooperation and the Cooperation Council of Turkic Speaking States have adopted resolutions and statements strongly condemning the Khojaly genocide.
Talking on bilateral relations between State of Qatar and Republic of Azerbaijan, the ambassador said that relations between both the countries have always been strong and friendly and making continuous efforts to further strengthened in all sectors. including  trade, investments, industry, education, culture, health, agriculture and tourism.
Azer envoy said that in political sector, both the countries cooperate and enjoy common stance on international and regional issues. Both the sides has launched a mechanism for political dialogue between the two countries in the form of political consultations and held it’s first meeting in 2019 where a wide range of issues were discussed.
He said that we have been also working with our Qatari counterparts on a permanent basis to expand the existing legal framework between the two countries further strengthen mutual cooperation in various areas. In addition to a numerous bilateral MOUs, there are several drafts under consideration between Azerbaijan and Qatar, he added.
Azer ambassador said that Azerbaijan diversifies its trade with foreign partners and we are interested in strengthening links with Gulf countries whose markets are relatively new for our goods. In recent ye
February 26, 2021 / Current Affairs