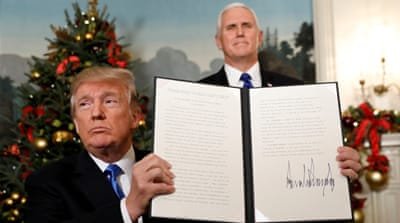 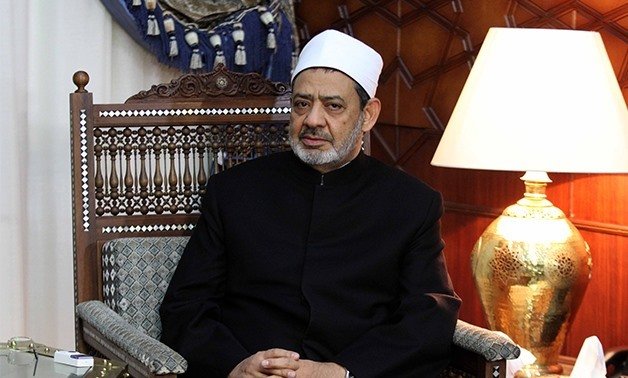 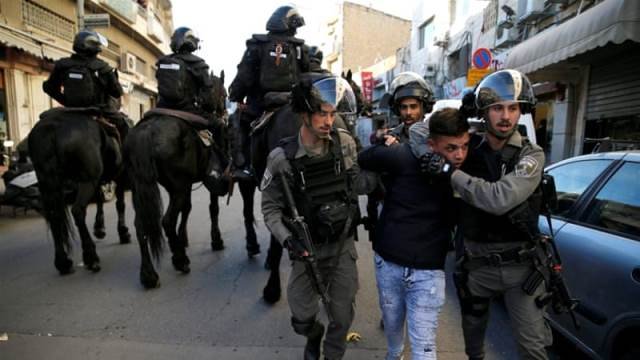 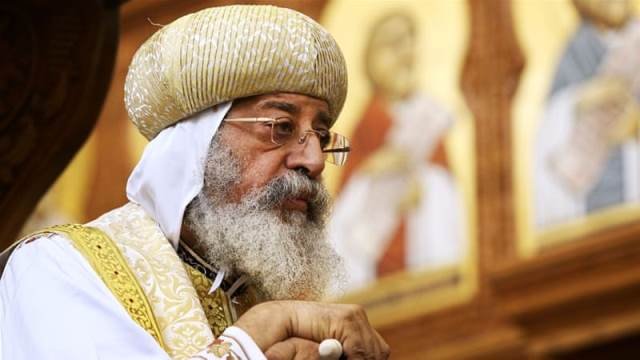 The head of the Arab League has called US President Donald Trump’s decision to recognise Jerusalem as Israel’s capital “dangerous and unacceptable” and a “flagrant attack on a political solution” to the Israeli- Palestinian conflict.

The statement by Ahmed Aboul-Gheit, the regional bloc’s secretary-general, came at the start of an emergency meeting of foreign ministers from 22 Arab states in Egypt’s Capital, Cairo, on Saturday.

Aboul-Gheit said Trump’s decision was “against international law and raises questions over American efforts to support peace” between Palestine and Israel.

‘US an aggressor against Palestinians’

Palestinian Foreign Minister Riyad al-Maliki, speaking to reporters ahead of the meeting in Cairo, said Palestinians can no longer accept the US as a broker in the peace process because it has now “positioned itself as a party in a dispute and not as a mediator”.

Calling for a UN Security Council action against Trump’s decision, al-Maliki added, “America is being an aggressor against the Palestinian people and against international law.”

US officials, however, have defended the move, saying Trump remains committed to reviving long-stalled talks between the Palestinians and Israelis.

The status of Jerusalem, home to sites holy to Muslims, Jews and Christians, is one of the core issues in the perennial Israeli-Palestinian conflict. After occupying the city’s eastern part in the 1967 War, Israel annexed the territory, and proclaimed it as its “eternal, undivided capital.”

The Palestinians, however, see East Jerusalem as the capital of their future state, a position Aboul-Gheit backed in his opening statement on Saturday.

“We call upon all countries that support peace to refuse the decision of the US president. We consider the decision unfair and unjust. We call upon everyone to recognise Palestine as a state and East Jerusalem as its capital,” he said.

Mohammed Bin Abdulrahman Al Thani, Qatar’s foreign minister, called for “all possible measures under international law”, while his Lebanese counterpart called for the League to consider imposing sanctions on the US.

“Pre-emptive measures must be taken against the decision … beginning with diplomatic measures, then political, then economic and financial sanctions,” said Gebran Bassil.

Statements made for ‘public consumption’

But despite the rhetoric in the Cairo meeting, Marwan Bishara, Al Jazeera’s senior political analyst, said Arab states, in practice, differed in their reaction to Trump’s decision.

“I doubt that all this will come together and culminate in any serious decision or action plan,” he said.

“We will probably be left once again for the Arab street, rather than the Arab League, to do something moving forward.”

“All the statements being made by the Arab regimes are strictly for public consumption because the Arab public is clearly outraged as the massive demonstrations in cities across the world showed.

“But in reality, most of these regimes – Saudi Arabia, Bahrain, Egypt and Jordan – are very close to Israel.  They either have formal or tacit ties and so they will do nothing in practice other than issue statements.”

Meanwhile, the leader of Egypt’s Coptic Church on Saturday cancelled an upcoming visit with US President Mike Pence in protest of the shift in US policy. Pope Tawadros II said Trump’s move “did not take into account the feelings of millions of Arab people”.

The grand imam of Cairo’s Al Azhar Mosque said he would not meet Pence either, while Palestinian leaders stated that Trump’s deputy was not welcome in the occupied territories.

Meanwhile,  the leader of Egypt’s Coptic Church has cancelled an upcoming meeting with US Vice President Mike Pence, protesting against Washington’s move to declare Jerusalem as Israel’s capital.

The move by Pope Tawadros II on Saturday came a day after Palestinian leaders also said that Pence, who is scheduled to visit the region later this month, was not welcome in the occupied territories.

In a statement, the Coptic Orthodox Church of Egypt said it “excused itself from hosting” Pence when he visits the Egyptian capital of Cairo on December 20.

It said Trump’s decision “did not take into account the feelings of millions of Arab people”.

On Friday, the grand imam of Cairo’s Al-Azhar Masjid also said that he would not meet Pence, according to Egyptian media.

“How can I sit with those who granted what they do not own to those who do not deserve it?” said Sheikh Ahmed al-Tayeb.

During his trip to the region, Pence was expected to also visit Israel with a stop in the Palestinian city of Bethlehem.