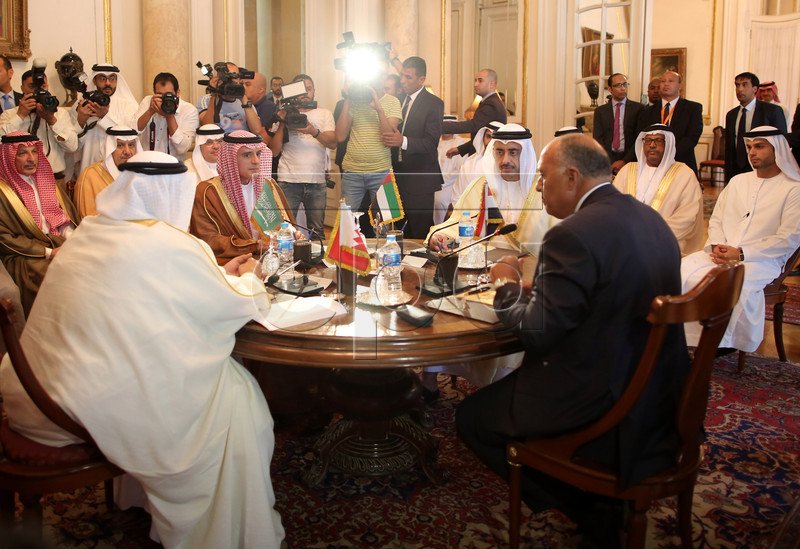 Egyptian Foreign Minister Sameh Shukri told reporters at a joint news conference in Cairo that Qatar’s response was “generally negative” and failed to “lay the foundation for Qatar’s reversal of the policies it pursues.”

He also described Doha’s response as a “position that reflects a failure to realise the gravity of the situation.”

Earlier on Wednesday, the four countries said they would respond “in a timely manner.”

The countries did not elaborate what steps they could take, although a major credit rating agency warned it had changed Qatar’s economic outlook to negative over the turmoil.

The four countries had cut ties with Qatar over its foreign policies. They accused Doha of supporting extremist groups and having relations with Iran.

The nations issued a 13-point list of demands on June 22, giving Qatar 10 days to comply. They later extended the deadline by another 48 hours at the request of Kuwait, which has acted as a mediator to resolve the crisis. That deadline expired early Wednesday morning.

Later in the day, foreign ministers from the four Arab countries met in Cairo to discuss their next move.

They announced that their talks on the Qatari crisis will continue, and that they will hold another meeting in Manama. No date for the meet was announced.

What Qatar said in response to the demands remains unclear. It already had called the demands, which include shutting down its Al Jazeera satellite news network, expelling Turkish military forces based in the country and paying restitution, as framed to be rejected.

The crisis has become a global concern. On Tuesday, German Foreign Minister Sigmar Gabriel visited officials in both the UAE and Qatar. He said Germany supported the UAE’s efforts at confronting those who fund extremists.
“We have to come back to common work at the GCC and for the Europeans this is a very important matter. For us, the GCC is the guarantor of stability and security in the region.”

“Enough is enough,” he added.

Sheikh Mohammed bin Abdulrahman AlThani pointed out that the State of Qatar rejects imposing guardianship from any country, but at the same time is ready to engage in dialogue and discuss the demands of the siege countries, indicating that the State of Qatar has stated this several times, but in return, the siege countries kept issuing negative statements.

Regardless of that, the efforts of dialogue must be continuous and in accordance with a clear framework between all parties, not based on threats and escalation against any state, and must be based on the principle of equality between the countries which is highlighted in the Charter of the United Nation’, Minister of Foreign Affairs of Qatar told local & international media yesterday in Doha.

Sheikh Mohammed bin Abdulrahman AlThani had earlier reacted on 13 points demands to Qatar by blocked countries as ‘unrealistic and not actionable.’