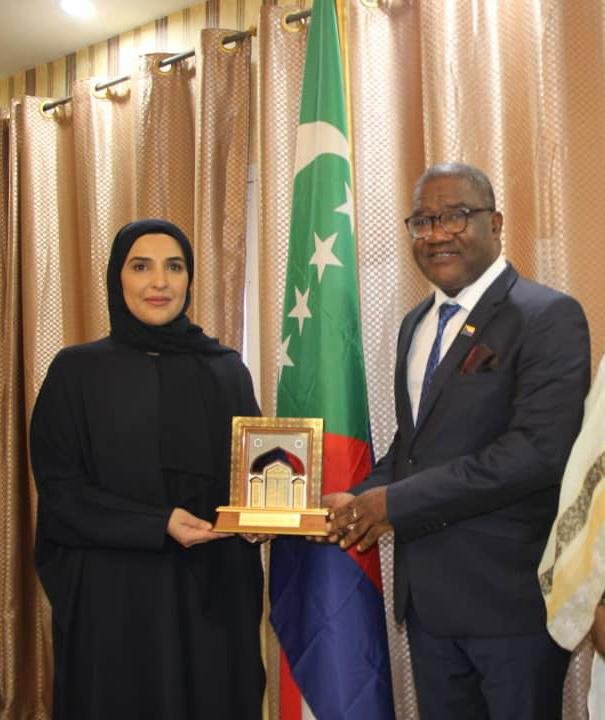 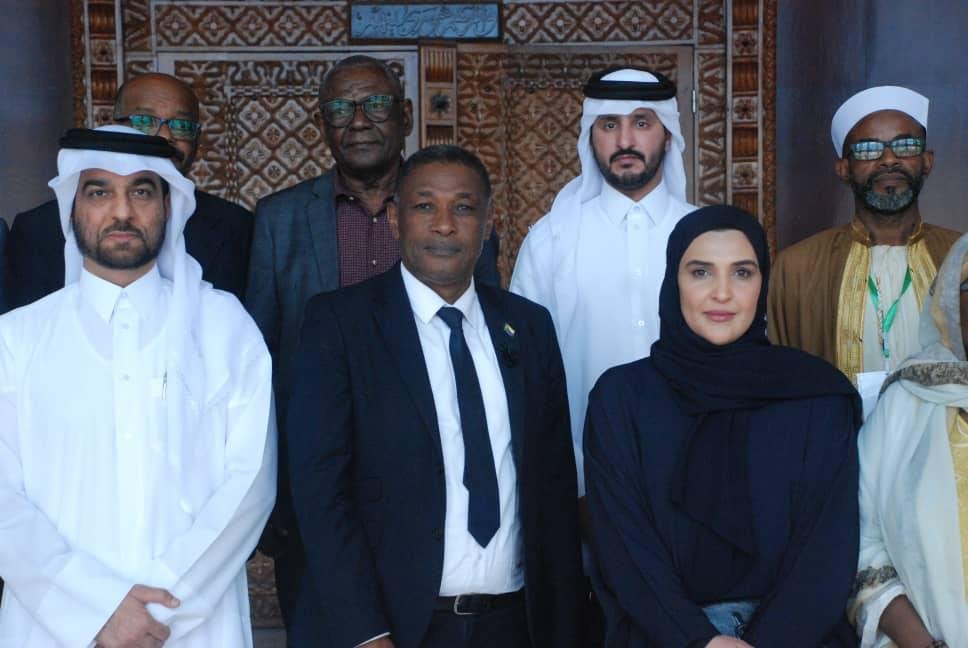 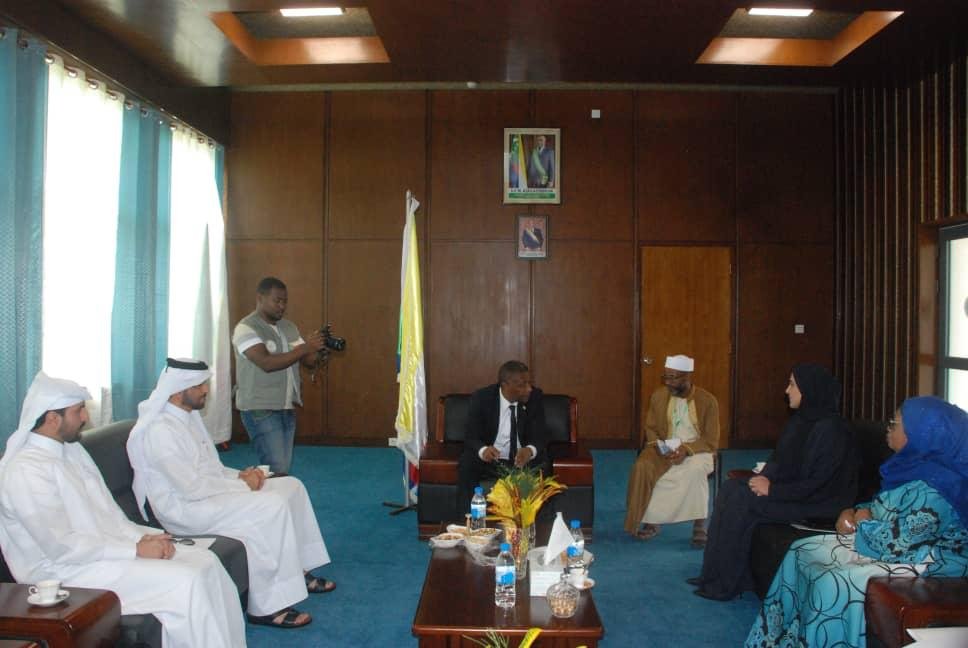 Mrs. Maryam bint Abdullah Al-Attiyah, Chairman National Human Rights Committee of Qatar and President of the Arab Network for National Human Rights Institutions (ANNHRI) held a series of meetings with several ministers and officials during her visit to the Union of the Comoros.
She was in Comoros to support The Comorian Commission for Human Rights, to enable it to carry out its tasks of promoting and protecting human rights in the Comoros, paving the way for its submission for accreditation before the Accreditation Sub-Committee of the Global Alliance of National Human Rights Institutions, after making necessary amendments in line with the principles approved by the UN General Assembly to establish national human rights institutions “Paris Principles of 93”, that enhances their legal and technical independence, to meet basic classification standards classified Class  ‘A ‘  as per Global Alliance in Geneva.
Mrs. Maryam bint Abdullah Al-Attiya met with Mustansaran Abdo, Speaker of the Comorian Parliament; Dhahir Zul Kamal, Minister of Foreign Affairs; Qassem Lutfi, Minister of State in Charge of Cooperation with the Arab World at the Ministry of Foreign Affairs;  Jay Ahmed Al-Shanafi, Minister of Justice, Civil Service and Administrative Reform, Human Rights and Islamic Affairs.
She also visied Comoros National Human Rights Committee Headquarters where she was received by Chairperson. Mrs. Sito Raghda Mohamed.
Both discussed and exchanged their experiences and challenges and how to overcome on them.
Al Attiya briefed on the the support that the Arab Network for National Human Rights Institutions provide as per its mandate to the National Human Rigjts Commitees in this regard.
During her meeting with Mustansaran Abdo, Speaker of the Comorian Parliament, Mrs. Maryam bint Abdullah Al-Attiyah reviewed the comments of the Arab Network on the law establishing the National Commission for Human Rights in the Comoros.
Comoros parliament Speaker affirmed his support for amending the law establishing the Comorian Commission for Human Rights to be more compatible with the Paris Principles of 1993, and brifed about the procedures and mechanisms required to amend the law, providing all rights without discrimination and the pursuit of sustainable development.

Lotfi assured of Comoros willingness to  join hands to achieve desired human rights standards. He said that at the Ministry of Foreign Affairs level, they will take the network’s proposals and observations into consideration.

He also said that he will communicate with the Comorian Committee to work on it, stressing the independence of the Committee in its work to achieve the wishes of the Comorian people, and welcoming the development of cooperation with the Arab Network of National Human Rights Institutions.

Minister, of Justice  Civil Service and Administration Reforms, Jay Ahmed Al-Shanafi praised Al-Attiyah as a woman leader in society, pointing to the same context of the presidency of the Lunar Committee by a woman as well. He said that it witnesses the women progress in the Arab world.

He said the rights come from the inspiration of humanity and brotherhood. He expressed his happiness with the proposals made by the President of the Network on the law establishing the committee to be amended, stressing his support for the proposal to secure an appropriate headquarters for the Comorian Committee.

He stressed on giving the priority of human rights in Islamic countries as stipulated by Islamic Sharia.

He said that Covid-19 pandemic and current Ukraine war had an impact on human rights. He called on Arab countries to unite to live with dignity in light of these crisis.

Al-Shanafi briefed on women and  children’s rights in the Comoros, explaining that these rights are protected by law and by specialized committees, including the National Human Rights Committee of Comoros.

He briefed on prisons situation in Comoros and the challenges they face in terms of prisons’ age and overcrowding.

Comoros Justice Minister briefed on the  efforts of his Ministry in ordrr to protect and promote prisoners’ rights.

Doha, 25 June 2022 THE Embassy of Nepal and the Non-Resident ...
END_OF_DOCUMENT_TOKEN_TO_BE_REPLACED